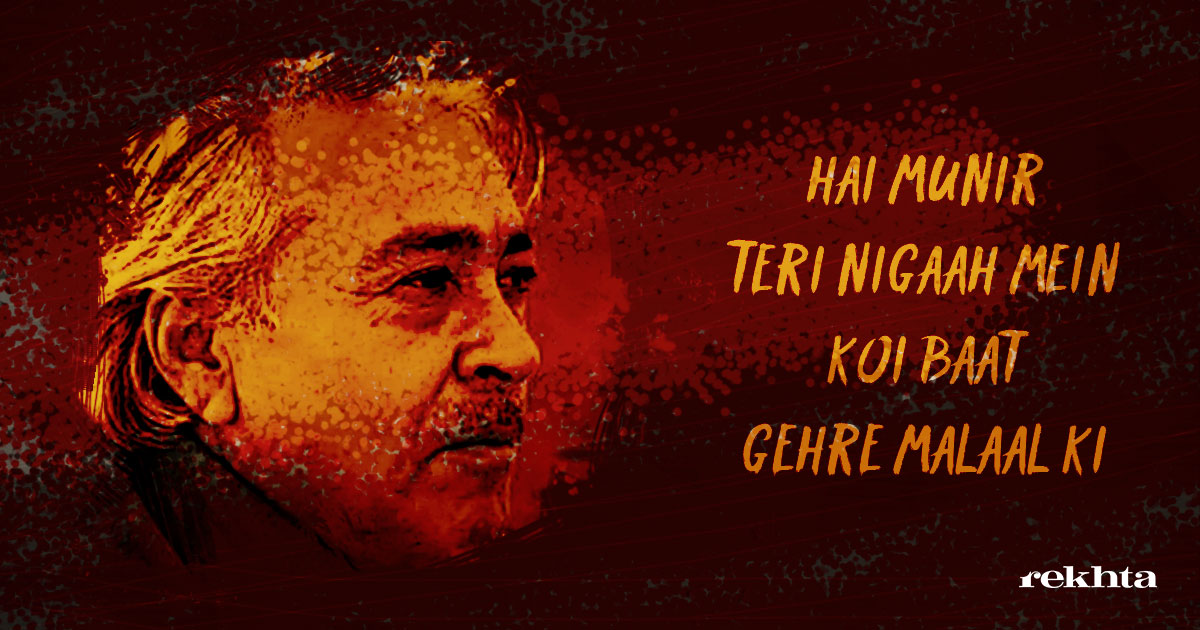 Munir Niyazi may be read as a poet of memories and reveries, fictions and fancies who drew upon them as his basic material.

Munir Niyazi was born Mohammad Munir Khan on April 09, 1926 at a place called Khanpur in the district of Hoshiarpur, Punjab, in undivided India. Following the Partition of India in 1948, he migrated to Pakistan and found a home in Sahiwal. Niyazi could complete his education only up to graduation in 1948 after which he sought and found jobs in the interrelated fields of journalism, radio, and television. He also launched a journal entitled Saat Rang and established a publishing house called Al-Misal both to pursue his interest in the media and seek his much needed livelihood. Interestingly enough, he also wrote lyrics for films but maintained his standard and identity as a poet who could well negotiate between the demands of the popular and the literary taste.

Essentially a poet of ghazal, Niyazi wrote poetry with equal ease, as well as with pride in two languages—Urdu and Punjabi. He was a poet of soft notes, audible whispers, and intimate expostulations. His disputes and dissents with life and time are firm, his diction is polite, and his tones of voice echo in hearts rather than heads. Niyazi heightened the common speech to poetry and found his homes in the heart of his readers by exploiting the magical qualities that words acquire in the hands of technically proficient and emotionally charged poets. He may be read as a poet of images who turned the bizarre into sublime and transformed private passions into transcendental ones. Niyazi may be read as a poet of memories and reveries, fictions and fancies who drew upon them as his basic material. 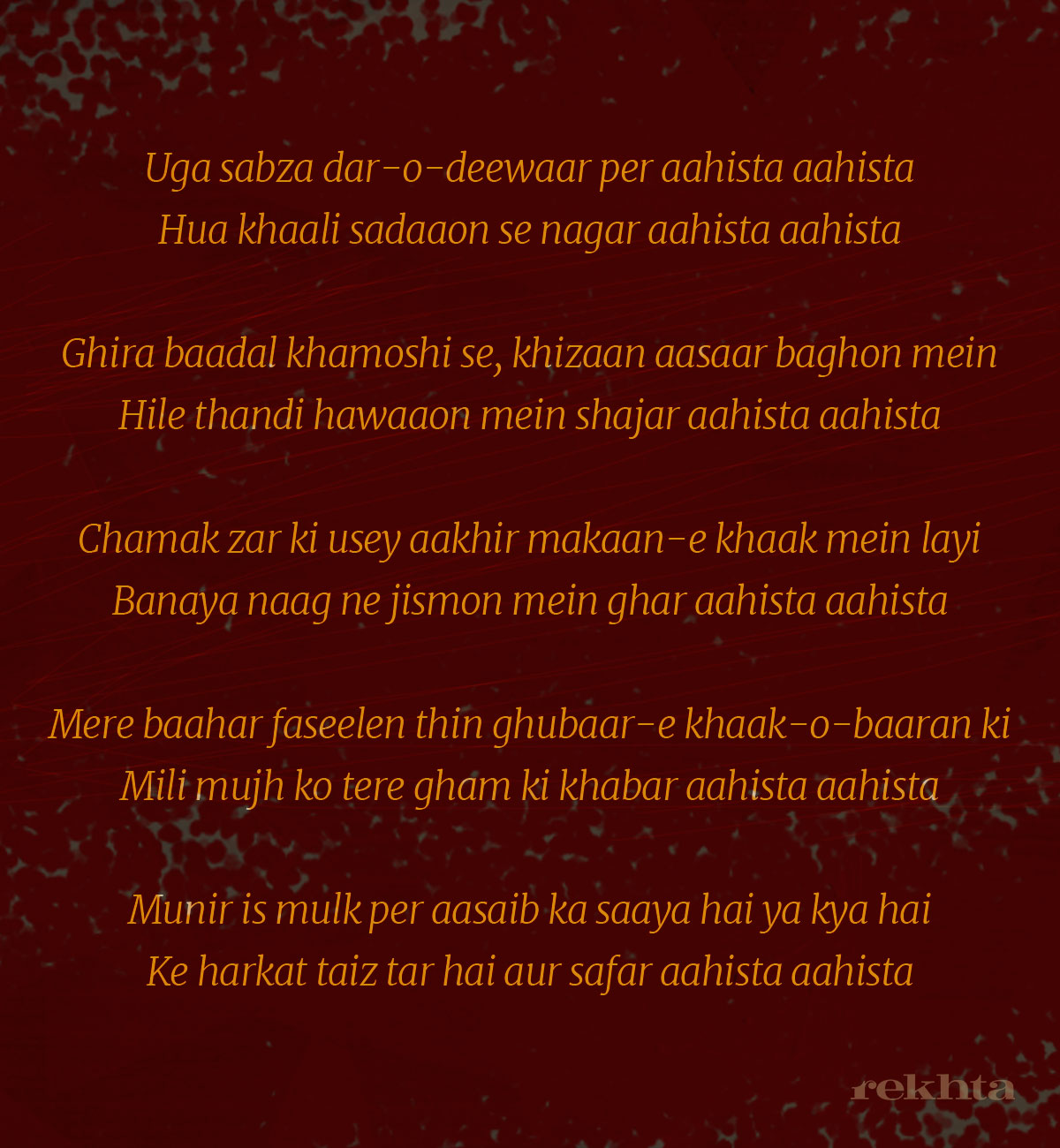 Niyazi developed an organic form for his short and sharp nazms. It is highly creditable that even his nazms stay in our memory as do the sher of his ghazals. The beauty of his nazms lies in the innocence with which they address us and the purity of tone with which they speak with us. As testimonies of purity and prettiness, his poems stayed in our imagination without any effort to remember or memorize them. As such, they have become a part of our dearly preserved collective memory. His remarkable skill in a variety of forms he evolved for his nazms, in different metrical forms, may be marked through his poems that constitute a rich variety of poetic perceptions and moving expressions. 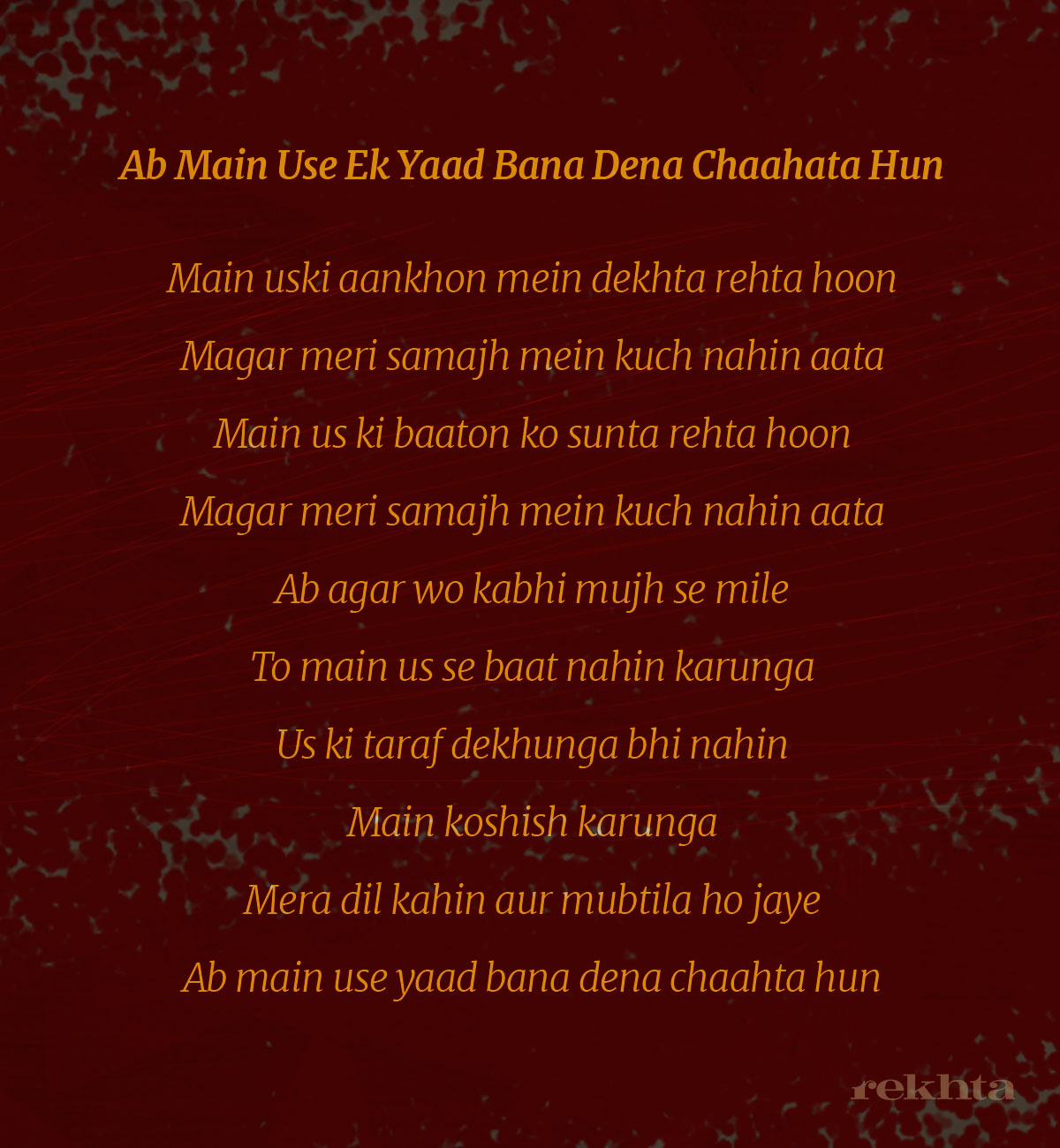 Munir Niyazi passed away in Lahore on 26 December 2006, following a heart attack. He found a passage to another world and went on a journey that knows no end: Ek dariya ka saamna tha Munir mujh ko//Jo ek dariya ke paar utra to main ne dekha. He left us with a poem that says much more than many a treatise on life may afford to do: 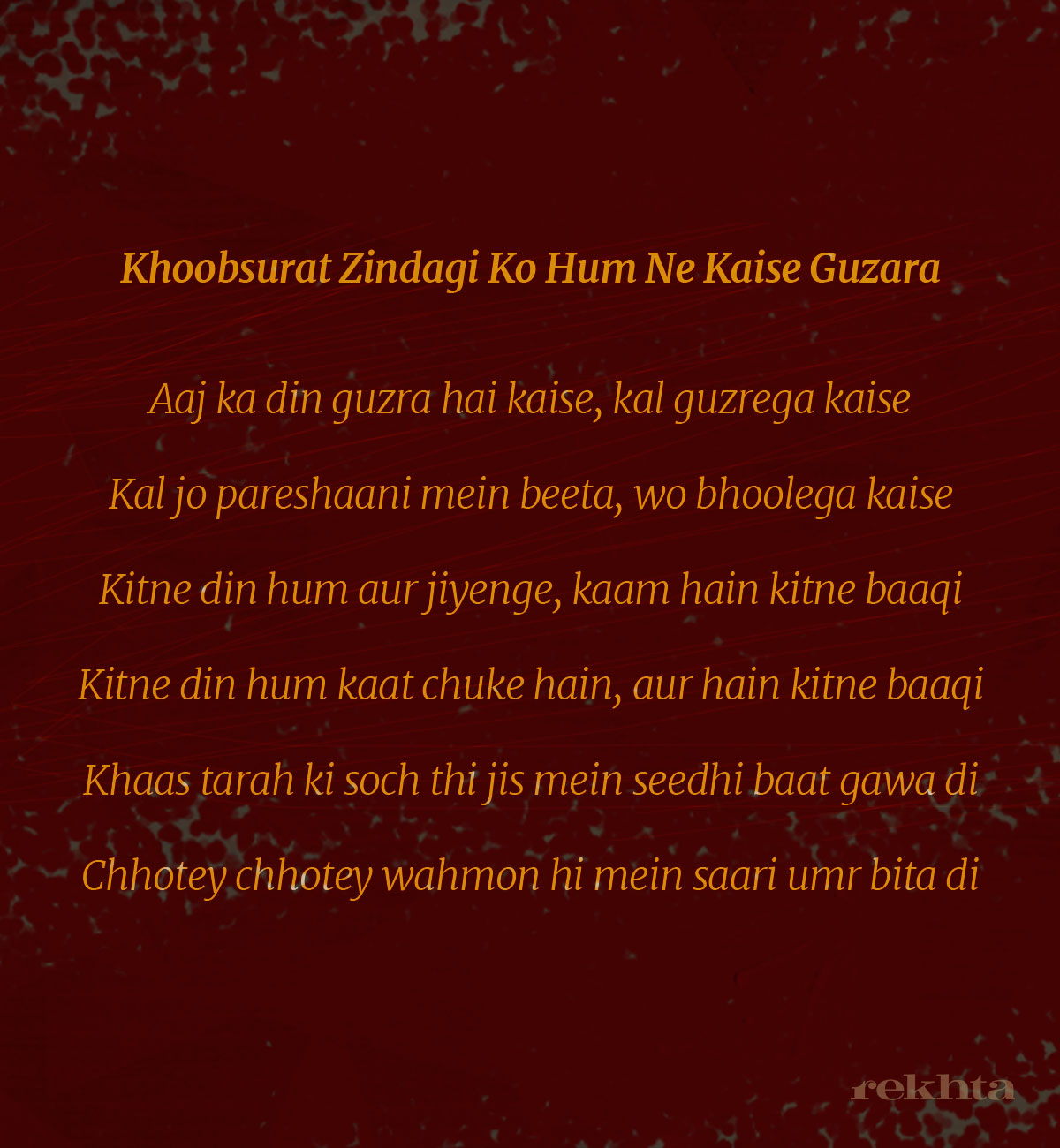