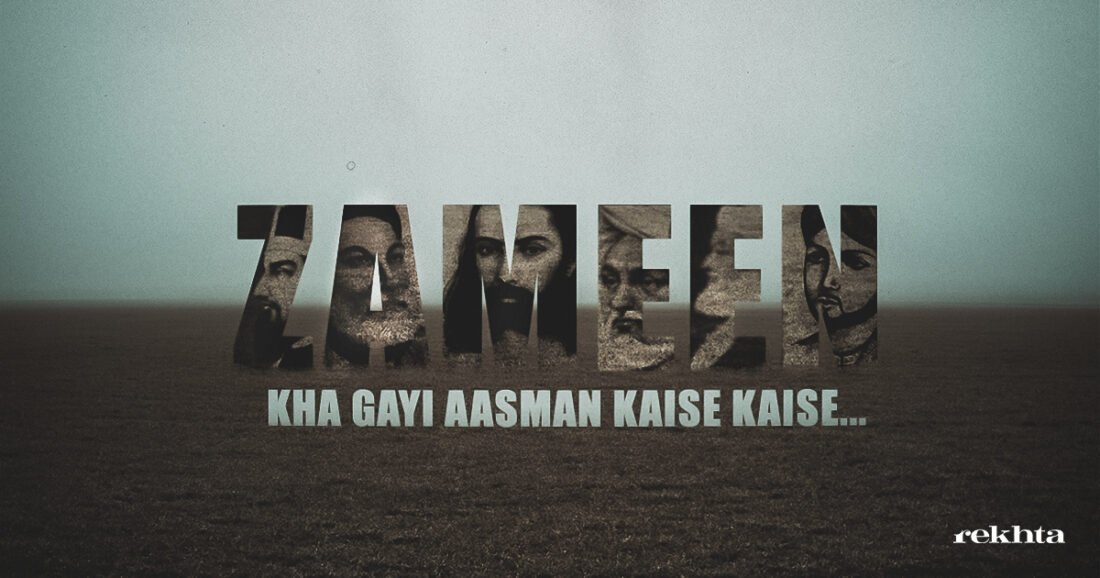 6 famous poets buried in the city of Delhi

Not many cities have risen to the iconic stature as has Delhi. It has also seen its glorious figures forgotten in its prolonged history. Delhi has long been the heart of art, culture and trade. Centuries before reaching the zenith of its glory in the late Mughal period, Delhi made the legendary Amir Khusro call it ‘prospering forever like the Garden of Eden’. Here, we bring to you the traces of our canonical poets buried in Delhi, yet not known to many of us.

Belonging to a traditional family of hakeems, Momin Khan Momin was one of the most prominent poets in the late Mughal period, besides being a master at chess, mathematics and astrology. In fact, he predicted the day of his death to pinpoint accuracy. In accordance with his wish, Momin was buried in the Mehndian graveyard outside Delhi Gate.

‘Hoga koi aesa bhi jo Ghalib ko na jaane?’ Mirza Ghalib is undoubtedly the leading protagonist of Urdu in world literature. Venerated by the academia and general populace alike, Ghalib still rules over the hearts of poetry lovers across languages and territories as he pretends to lie buried in Loharu graveyard close to Dargaah Hazrat Nizamuddin.

Zauq was a contemporary of Mirza Ghalib and also his literary rival. He is one of the finest examples of the Urdu poets who are notable for idiomatic expressions and colloquial use of language. He was the poet laureate in the court of Bahadur Shah Zafar and remained his mentor until his death. Leaving behind an enduring literary legacy, he passed away in 1854 and was buried in the mohalla Nabi Kareem in the Pahadganj area of Old Delhi.

Khwaja Mir Dard was one of the three major Urdu poets of the Delhi school along with Mirza Rafi Sauda and Mir Taqi Mir. Born in a family of intellectuals, he was also a distinguished Sufi. Although his poetry is still as glorious as it ever was, the forlorn lamp next to his grave in the proximity of Turkman Gate still burns but dimly lit.

One of the earliest pioneers of Urdu poetry, Mirza Mazhar Jaan-e-Jaanaa died unfortunately before completing his Urdu diwaan. Nevertheless, his figure remains one of the tallest in the grand panorama of Urdu poetry. A master of Persian and Religious Studies, he was assassinated in the month of Moharram and buried in his own house in the Chitli Qabr area of Old Delhi. His shrine, earlier known as Khaanqaah-e-Mazhariya, is now popular as Dargaah Shah Abul Khair, after the name of Sufi scholar and saint Maulana Shah Abul Khair.

Amir Khusro is amongst the most celebrated and substantial figures in Urdu and Persian history. Revered as ‘Tuuti-e-Hind’ (The Parrot of India), he was a Sufi, poet, musician and much more. His famous Perso-Hindavi composition– ‘zihaal-e-miskiin makun taghaaful…’– is considered to be the earliest and most successful experiment in Urdu ghazal.
Under the tutelage of Hazrat Nizamuddin Auliya, he extensively explored mysticism and composed a huge amount of poetry and music in Persian, and more colloquial Hindvi. This later became what we know as Urdu today. He lies buried at Dargah Hazrat Nizamuddin next to his spiritual mentor in whose lavish praise he sang, “khusro nijaam ke bal bal jaiyye…”