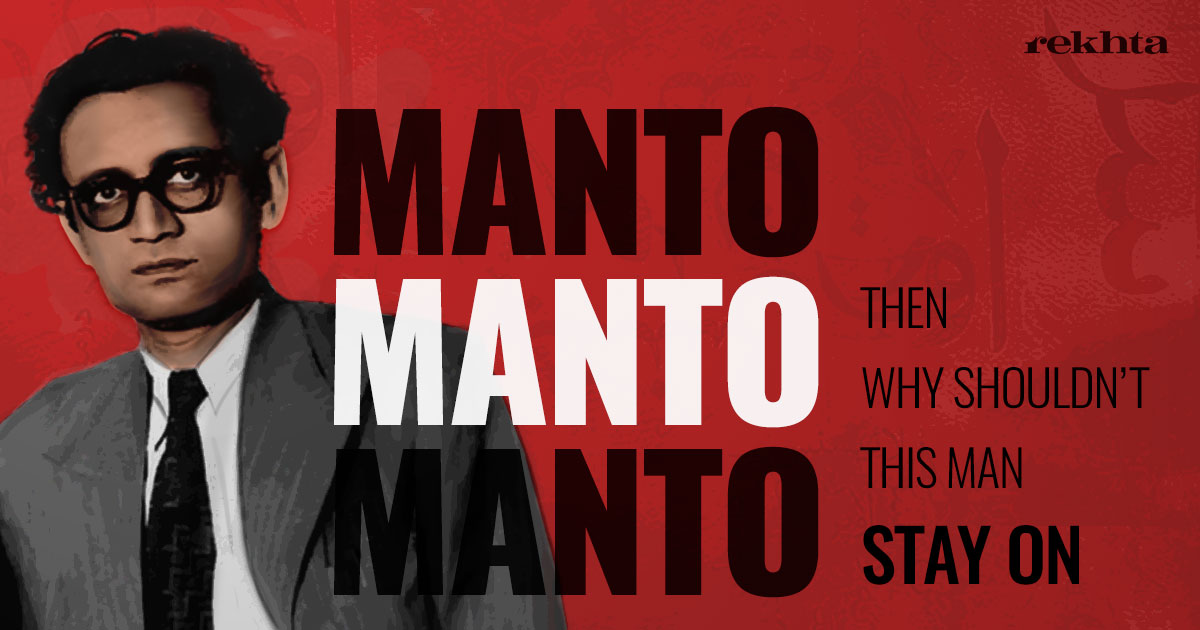 Manto Manto Manto: Then why shouldn’t this man stay on

Shankara consumed poison to save humanity as Manto did to salvage life from its ugliness and literature from its sweet sermons. Manto was indeed the Neelkanth of Urdu fiction.

In a letter to Pandit Nehru, Saadat Hasan Manto, who chose to identify himself as Pandit Manto, made an acutely sensitive point, “You found your habitat near a nehr and became Nehru. I still don’t know how I became Manto…My Kashmiri friends who know Kashmiri language tell me that Manto means mant which is a measuring unit of a seer and half. You surely know Kashmiri language. If at all you take the trouble of writing a reply to this letter, you must tell me the reason for the naming of “Manto”.

This letter was dated August 27, 1954, and was written from Pakistan where Manto had migrated after the Partition of his homeland. Interestingly, it appeared as a Preface to his novel Baghair Unwaan Ke. Literally, Baghair Unwaan Ke means “without a title”. One wonders if there is something beyond the obvious in this letter as well as in the title of this novel. That is–why did Manto call himself Pandit Manto while addressing Pandit Nehru and why did he think of making it a Preface to a so-called “psychological” novel that was chosen to be kept untitled. Surely, Manto was neither being funny nor amusing his readers; he was only being crucially frank and critically forthright. 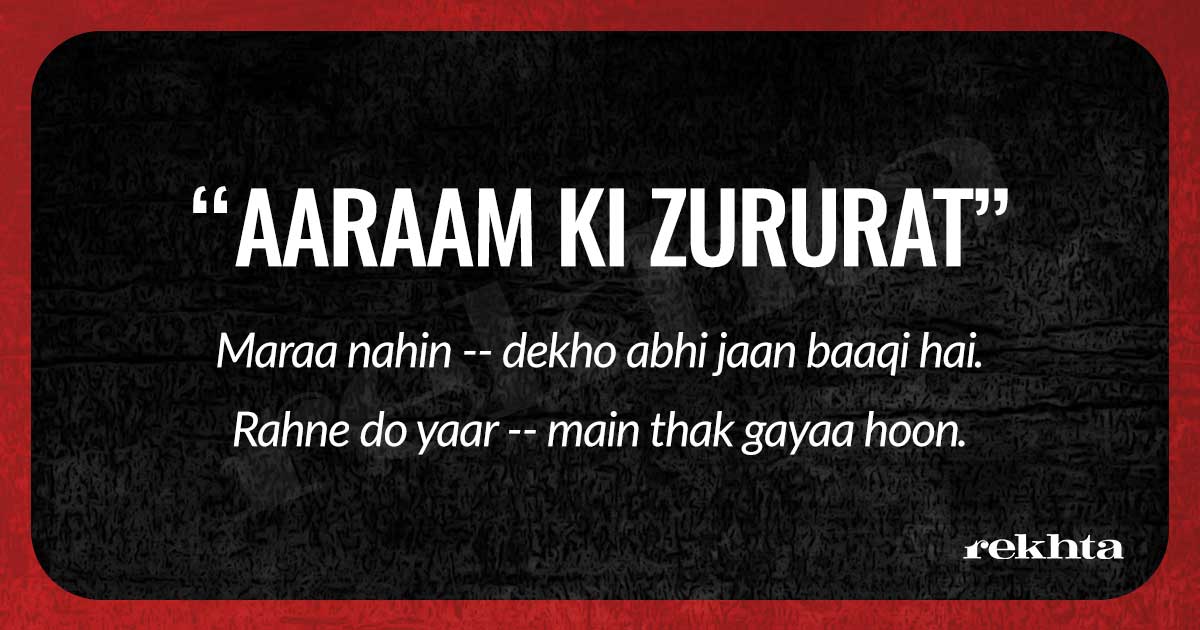 Manto was proud of his Kashmiri descent. He was proud of several other things as well. As his readers, we know quite well what all he was proud of even without his saying so. He was a proud dissenter and fiercely independent person of striking qualities. One of his own kind, he was a complete being unto himself—a thinker, a rebel, and a comrade. To put it otherwise, he was the story, the plot, and the character himself. He was his time and history incarnate, his own sketch and script, his own persona and play, his own epistle, and his own address and addressee. His writings in all forms– fiction, sketches, radio plays, and letters– were the extensions of each other. But Manto was one in many of his literary incarnations.

Recalling his days and time with Manto, Agha Ameer Hussain, the editor of Urdu monthly Sputnik, lovingly recalled, “Manto Sahib used to write on the Urdu typewriter at the office of Savera at Urdu Bazaar Chowk. Without reading, he would hand over his stories to me, saying, “Lae Yar! Koi ka kay ki di ghalti howay tae theek kar laveen.” I have never found any “ka kay ki di ghalti” in any of his works. Such was Manto–a born writer whom the words chose for their good rather than he chose them for his good. His contemporaries–Krishan Chander, Ismat Chughtai, Rajinder Singh Bedi, Khwaja Ahmad Abbas—had their own styles which distinguished them. Manto had none of the given kind but he had the one that was no one else’s. 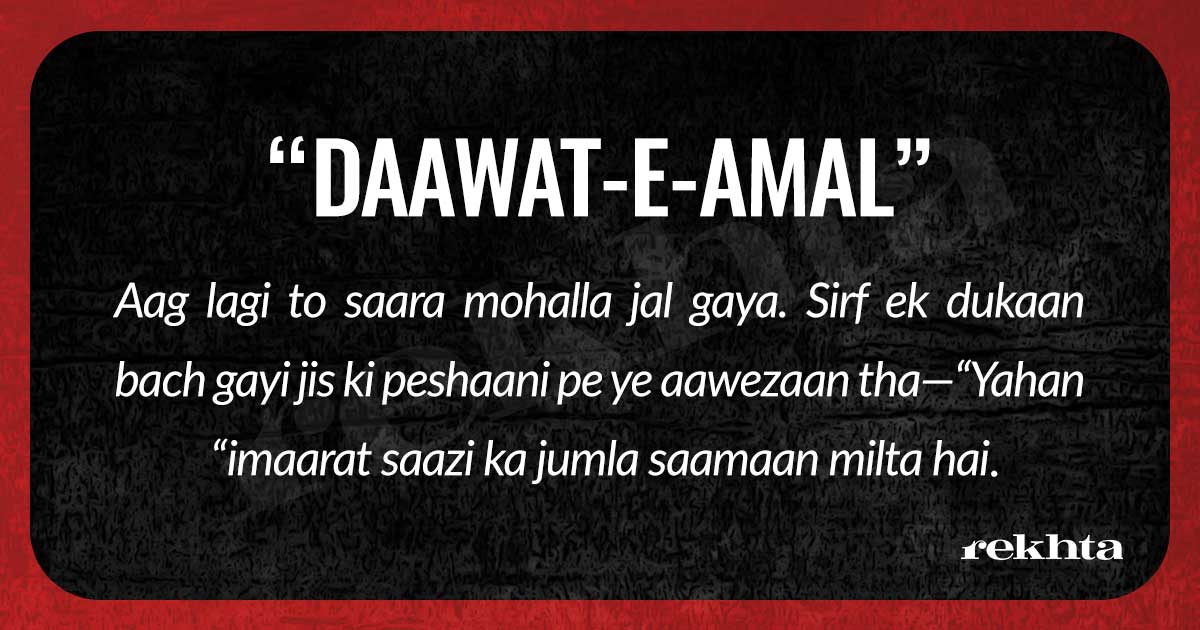 It is too trite to say that Manto is Urdu fiction’s pride. One who earned his Matriculation degree after four attempts in third division cared less about him being an odd number. He knew for sure what he would and wouldn’t be. He also knew where his forte lay and what tales he had to tell and how. He was an untutored genius who knew little of the mechanics of fiction writing and fine points of literary style but he well knew his Hugo, Wilde, Chekov, Gorky. He discovered only naturally that he too could walk his mile. When he did, he reached out directly, openly, naturally, nakedly. Nakedness was the apparel he gave to his stories but only the Seeing Eye could see that; the kotwal found him fit to be censored, taken to task and tried for obscenity. So, in his Preface to one of his books, Aatish Paare aur Shiyaah Haashiye, Manto succinctly wrote, “These stories are quiet and subdued sparks. It is for the readers to turn them into embers,” He left his readers with a huge socio-literary obligation that generations carry after him.

Manto wrote in a similar vein at another occasion, “If you cannot tolerate my stories, this means that the time is intolerant. There is nothing wrong with my stories. It is actually the rot in the system that is wrong”. He further said, “If you don’t like what I write then why don’t you change the conditions that make me write what I write…The neem leaves are bitter but they cleanse the blood”. This author of all-time-great stories–“Toba Tek Singh,” “Kali Shawar,” “Dhuan,” “ Boo,” “Khol Do,” “Thanda Gosht,” “Saugandhi,” and “Hatak,” began writing the stories of social realism, then moved on to explore human psyche, and represent the stark realities of life and living. Manto has been stereotyped as a chronicler of Partition’s pity and pathos but this is only a partial reading of this author who had cast a wider net to write life in general and his times in particular.

Manto had no love lost for the Progressive Writers Movement. It sounds rather unbelievable that the three stories–“Thanda Gosht,” “Khush Log,” and “Uper, Neechay, Darmian” for which he was brought to the court of law, were published in progressive journals. Certain things in literary history remain quizzical. This is one of those. As it happened, the stereotypical literary establishment took time to accept him but when it did, there were words of endearment for him. “Manto is the Lord Shankara of literature,” said Krishan Chander. How pertinent it is to say so for Shankar consumed poison to save humanity as Manto did to salvage life from its ugliness and literature from its sweet sermons. Manto was indeed the Neelkanth of Urdu fiction.

Manto’s life had many poignant moments. In one such moment, he made a passionate plea to God addressing him as the Most Compassionate and the Most Merciful. Considering himself to be a sinner, he beseeched Him to call him back to his immense Kingdom. He expressed this wish because he said, he had made quaint choices–of running away from fragrance and going after filth, of hating the bright sun and reaching after the gloomy labyrinths, of hating artificial modesty and liking nakedness, of rejecting the sweet and accepting the bitter, of leaving housewives behind and looking sympathetically at whores, of running away from water and wading through slush, of laughing instead of weeping, of leaving God behind and following the Satan who disobeyed Him. This long list spells out Manto in totality. This admission of his state is no ordinary admission; it is indeed a confession of a rare kind that only the most honest and the most earnest can ever do.

No wonder that Manto chose to write his own epitaph: “Here lies Saadat Hasan Manto. With him lie buried all the arts and mysteries of short-story writing. Under tons of earth, he lies wondering who is a greater story writer—God or him”. If a creative writer is akin to God, which he is in many ways, then it is indeed difficult to get an answer from God. Manto too didn’t get his answer probably because God was the plot writer himself and Manto only a scriptwriter for the divine plot. And he wrote his script with complete sincerity. 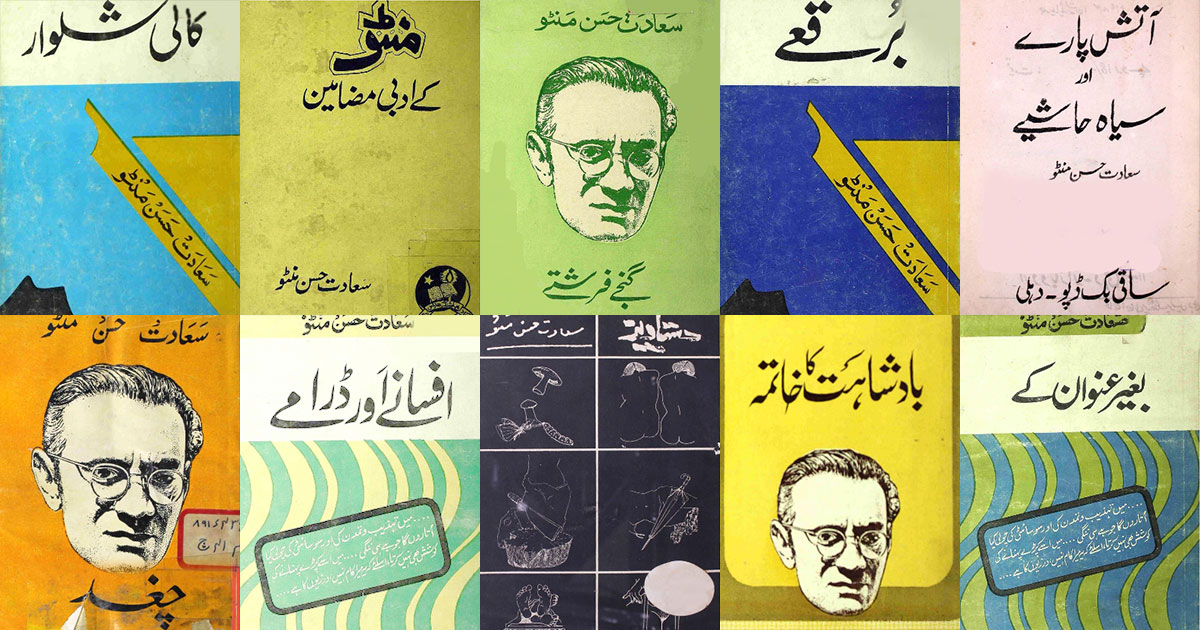