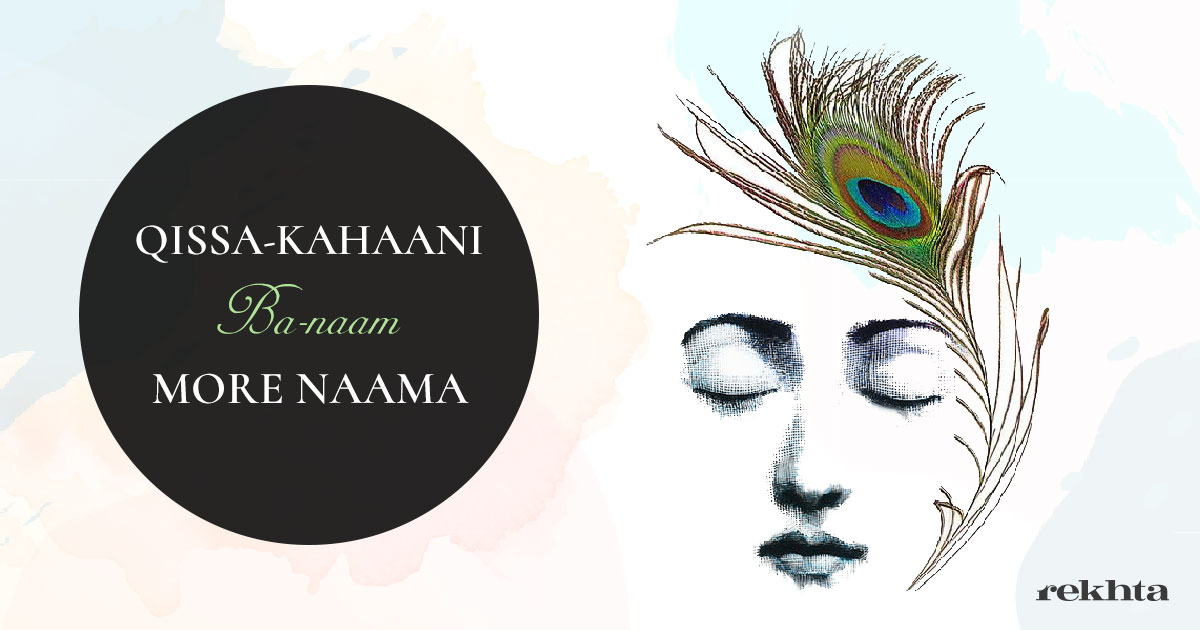 Ishq kya kahiye ke kya kya ishq hai: The story of a queen and a peacock

The stories of human-animal love are not too rare. Here is an atypical story of love between a queen and a peacock told by no less a master craftsman than Meer Taqi Meer (1723-1810). This verse- narrative known as More Naama has survived through two centuries and has been acknowledged as an exemplar of Meer’s skill of telling a tale in a poetical framework which is allegorical in nature and far-reaching in appeal.

As the story goes in Meer’s narrative, a peacock comes to human habitation from a forest. He reaches the king’s palace and happens to cast his eyes on the queen who is exceedingly beautiful and is known far and wide for her exceptional charm. When the peacock looks at her from close quarters, he finds himself clearly enthralled by her disposition. The queen realises at once that the peacock is deeply enamoured by her beauty and charm. As such, she develops a soft corner for him in her heart and offers him a place in her palace to live with her. Both start enjoying their time together but this phase of their blissful existence does not last long. What starts as a fascinating union of the two takes an ugly turn in no time.

As time passes, a word goes around that the queen has fallen in love with the peacock and that both live in close proximity with each other. This is enough to make the king unhappy. Seeing the queen romantically inclined towards the peacock, the king feels jealous of the peacock. When the queen realises this, she thinks of sending the peacock back lest her marital life should be affected adversely.

Even though the peacock leaves the palace, the king remains emotionally hurt and continues to be unhappy. Unable to control himself, he turns revengeful and decides to go after the peacock’s life. He sends his spies all over to find the peacock. With all that the king does, the queen gets worried and finds herself unable to make things better. She suffers immeasurably but keeps her suffering to herself. On the other side, the peacock is also miserable in separation from the queen. He starves day and night and brings himself on the verge of perishing. Growing more and more miserable with every passing moment, he sends a message to the queen through the wind:

In the meanwhile, the spies sent by the king to trace the peacock come back. They bring the news that the peacock has been traced in a dark forest inhabited by huge serpents. Thereafter, the king orders his army to get ready for an expedition and moves towards the forest to kill the peacock himself. When they reach there, they find the forest on fire and all the birds and animals engulfed by flames. The peacock too is found there turning into ashes. The king cannot kill the peacock as he is already burnt. The envious king finds nothing at the end but only the peacock’s carcass.

Meer brings his story to a tragic end where all the three characters meet a moment of annihilation. With this, their worlds and their habitations too are turned to dust.

In a career spanning over at least seven decades, Meer is supposed to have written More Naama towards the later part of his life. It naturally bears the mark of a mature poet who had already excelled in the art of telling a tale and much more effectively than ever before. In this uncharacteristic poetical representation, the queen emerges as a silent sufferer, peacock as a symbol of unusual love, and the king as an embodiment of the darkest possible envy. The three together, as well as in isolation, represent life with all its illusions and realities.