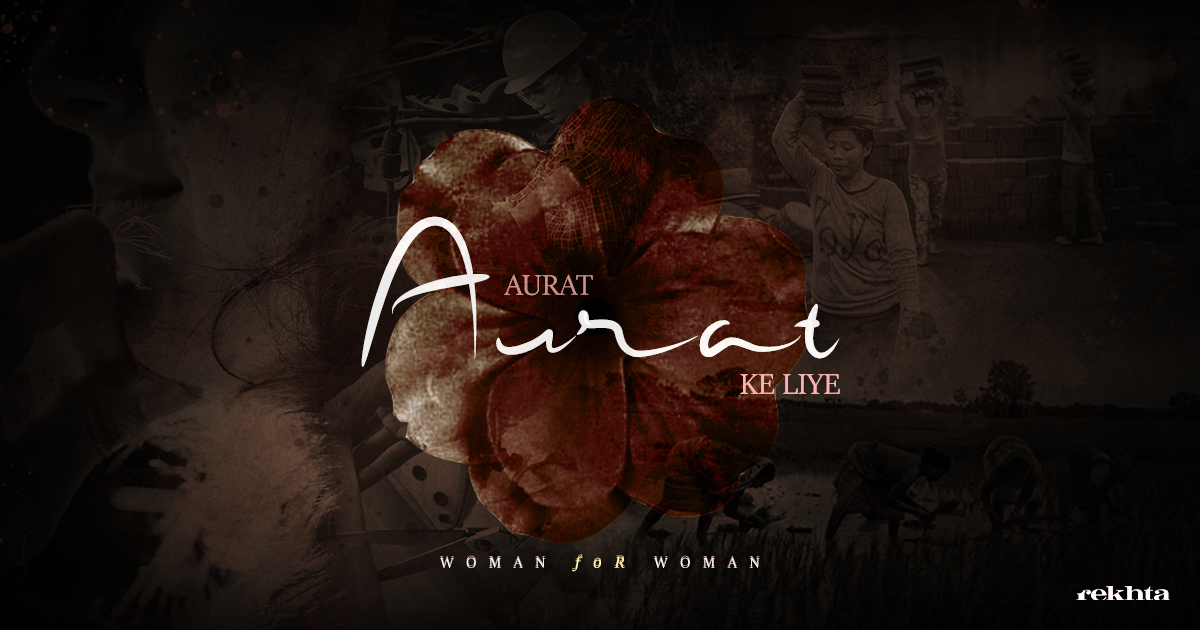 Ishrat Afreen on women's identities, their work and the possibilities of their future

Ishrat Afreen stands as one of the most influential voices of the feminist milieu in Urdu poetry. Her experiences as a poet and a woman intensely aware of female predicament contribute to her poetic sensibilities. To explore the theme of womanhood in her work, we need to look closely at her poems about women. With certain verses, Afreen makes apparent her stance regarding feminist politics – their nuances in the current scenario and the future of women.
It is tragic, according to her, that women are complicit in their own oppression. A woman’s ignorance of the struggles of another woman poses an obstacle to their empowerment. Inaction is synonymous with deliberate oppression. In many of her poems, Ishrat Afreen presents a strong statement against it:

Ishrat Afreen envisions the possibility of women becoming conscious of each other. To make a case, she draws attention to the beauty of women. Here’s a scene from a nazm: young girls harvesting flowers in a field, so thoroughly involved in their chores that they are unable to evaluate how beautiful they look. They do not derive joy out of their loveliness as an observer would:

The question of women’s labor is also a subject of Afreen’s poetry. The home is a realm where women’s roles have been taken for granted – their toil sustains the house. She calls for the recognition of domestic work yet she wonders how destiny has chosen her for the role she plays as a home maker. Or, is it that her restlessness is so innate to her, that it was imposed onto her by her past life:

Shared pain unites its bearers. The dynamics of the bonds between women are unique to them. The foundation to their understanding of one another lies in their ability to acknowledge each other’s suffering. The agony of creation is one of the pains Afreen discusses in her work. One may extend the metaphor of creation, to all the burdens women bear in life :

Women share histories – personal and political. There are narratives that sustain their bond. Afreen urges women to recall the stories that contribute to the meaning of their existence. Furthermore, she asks for a reassessment of their positions within society. Their designations, their perceptions of social realities and how they respond to each other’s presences affect the possibilities of their future. How and where will women go from this point onward? Perhaps they will know only after they look at each other and themselves.