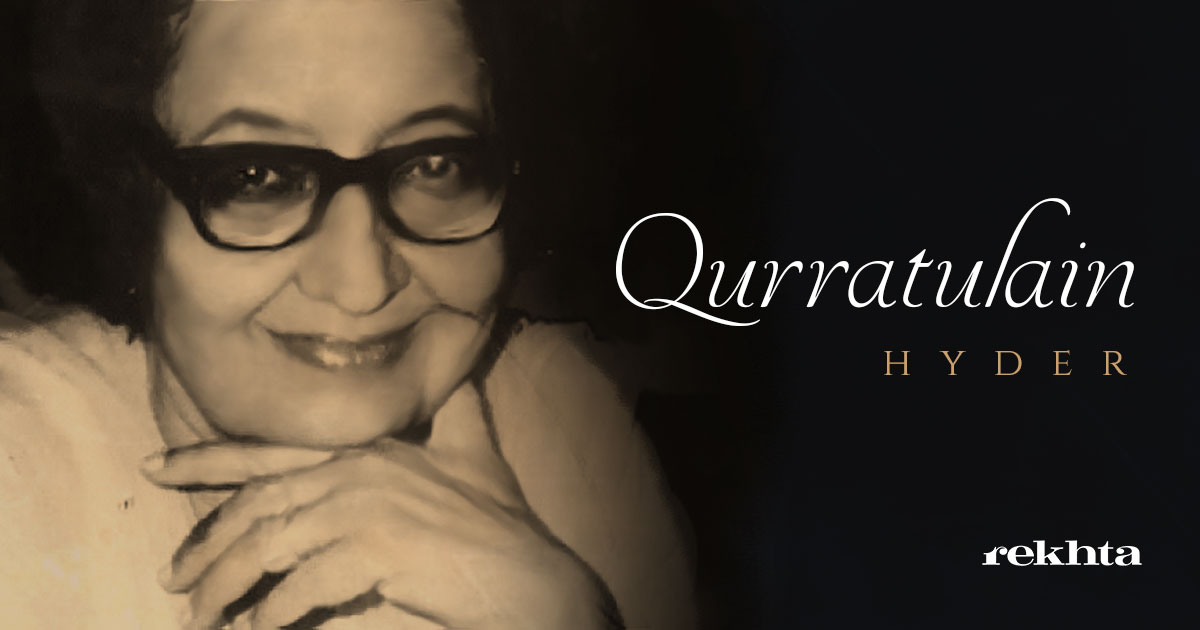 Locating time present and time past in time future

Qurratulain Hyder’s distinction lay in the way she developed her vision of history and fiction as meta-history and meta-fiction. This is where she had an edge over all others who wrote before, or after her.

Contemporary authors cannot be good judges of their counterparts, said Virginia Woolf. But Qurratulain Hyder disproved it. She could do this because she achieved a level of excellence which made both her readers and critics appreciate her without any reservation. Although some of her critics turned critical of her work at times but their opinions could not hold good for long. Only a decade has passed since she passed away but the charges levelled against her writing stand almost forgotten today.

Awards did not mean much to her; she mattered much to awards. She wrote not to win laurels but to win readers and she received both only naturally. It should be enlightening to see how the celebrated writers and scholars among her contemporaries came to recognize her worth and express themselves in their personal letters to her in all sincerity. Here are some excerpts that would be interesting to read now, that is when neither she is alive nor most of those who wrote these letters to her.

Krishan Chander/ April 05, 1960
I had spoken to Tabaan (refers to Ghulam Rabbani Tabaan) about Aag ka Darya. He said that there is the story of Kamal in that book who wants to live in India but leaves for Pakistan in desperation because he could not get a job here…That is a little problematic. It is because of this probably that Maktaba Jamia is hesitant about publishing it. I have written to Tabaan again. I had not read the novel till then; I read it only when I came to Bombay. I have written to him to say that this is only peripheral to the story; the subject of the story is something else. Why do you get worried, I said, publish without any fear. See what he has to say.

Krishan Chander/April 12, 1960
(About Aag ka Darya) Qurratulain Hyder has fully matured in this novel. No one can show her the way now. Neither T. S. Eliot, nor even Geeta’s Krishna. All great authors fight their own Mahabharata; they are their own army, their own commandant. And they are the winners or losers on their own.

Jamila Hashmi/June 13, 1963
I had read your story “Qalandar” in Funoon. Qasmi (refers to Ahmad Nadeem Qasmi) sahib did not bother about me because he is going to publish Khadija’s (refers to Khadija Mastoor) greatest novel and he has collected stories from authors of the World fame. Sita Haran is your great novelette; would you be able to write one like this even after years from now. Whenever I am in pain (which I am in quite often), I read it.

Jameel Jalibi/December 13, 1964
You have completed your book on mysticism. Let me congratulate you. But tell me when I may possibly read it. The amount of labour you have put into it makes me think that it must be a great book. Anyway, you write only great things.

Jamiluddin Aali/February 02, 1982
After all, how long will you keep on growing greater and greater? I have just heard in passing that you have published four more novelettes. I could manage to reach Urdu bazar with great difficulty. Two shopkeepers told me that they were all sold out…I hope some Pakistani publisher will soon steal your novelettes or stories and publish here…But why do you write after, I wonder. May be you have all the possibilities of being the greatest writer but I think the public may not have the capacity to sustain all that…

You are just incomparable. We, who have not given you the respect you deserved, hold our heads in hand and shed tears and say, look what a lofty position Ainee Begum holds today. Had we realised that you would grow so big, we would have killed you in Karachi and buried in Peshawar.

Mohammad Umar Memon/November 30, 1979
(About Aakir-e Shab ke Hamsafar) I surely like this novel. But I could not fully grasp its message. I could follow what was happening until the reconversion of Rehan Da. I was under the impression that this novel would help me understand 1971. The conditions, as represented after that date, changed so fast that concentrating on the details and finding the logic behind the movements of characters became difficult…I will have to read this novel once more, and a bit slowly.

From Iftekhar Arif/12 January, 1997
For the past several days I have been thinking of the conclusive chapters of Aakhir-e-Shab ke Hamsafar. Every generation passes through its own stages and faces its own issues of defeat and destruction. Each one has a destiny and for each one there are given punishments and rewards. History loosens the knots but I get entangled. Such parallel and contrary manifestations! I just get bogged down.

From Ale Ahmad Suroor/March 19, 1998
Read your Gardish-e Rang-e-Chaman…Recently some popular books were launched; I am surprised that no one has thought of this important book’s launch so far. At least the publishers should have thought of it. I am happy to see that apart from being a work of fiction, it also goes deeper into several facts, incidents, and conditions. Your style has matured and you are fully eloquent now. Each sentence carries a whole world of meaning. Cumulatively, I saw the element of irony at its height.

Dr. S. Hasan/December 12, 1999
I just want to know what makes you think that India was divided because of Gandhi. There is none who can deny your wide reading, intelligence, your power of perception, and your rich memory. I too am one of them. Can you mention those books and journals that made you think so? Or do you say so only on the basis of your observations?
Zoe Ansari/not dated

This fakir has recently read an earth-shattering work which cannot be classified as fictional work. That is Qaid Khane Mein Talatum Hai Ke Hind Aati Hai. The pain and suffering of all the bloodshed in our times — wherever and whenever — have accumulated together in this story-like elegy. What impression of mine can I ever write!

Mohammad Alvi/Undated
So, Miss Hyder, this was probably in ‘47. I, Waris Alvi and Mazharul Haq spent all our time reading novels and short stories. We read all the major Urdu writers including all the bad ones. That is when we lay our hands on Sitaron se Aage. As I read it all night and enjoyed its reading, I thought to myself, well this lady really talks of things beyond the stars.

All these excerpts from the intimate letters written to this inimitable author of our times contain much between the lines. This iconic author called Qurratulain Hyder was Miss Hyder to some and Ainee Aapa to others. Both ways, she commanded respect and received endearment from all. She came to stay as a classic figure of modern Urdu fiction. Also, a biographer and a translator, she held appointments as an academic and worked for BBC and the prestigious journals Imprint and The Illustrated Weekly of India. Her distinction lay in the way she developed her vision of history and fiction as meta-history and meta-fiction. This is where she had an edge over all others who wrote before, or after her. 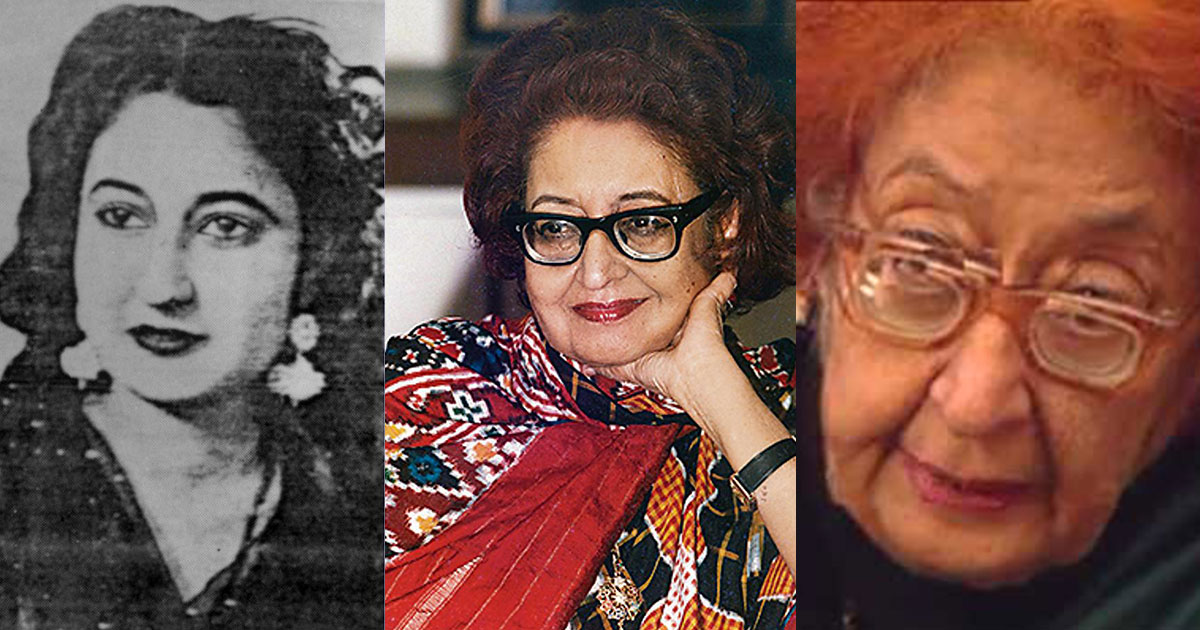