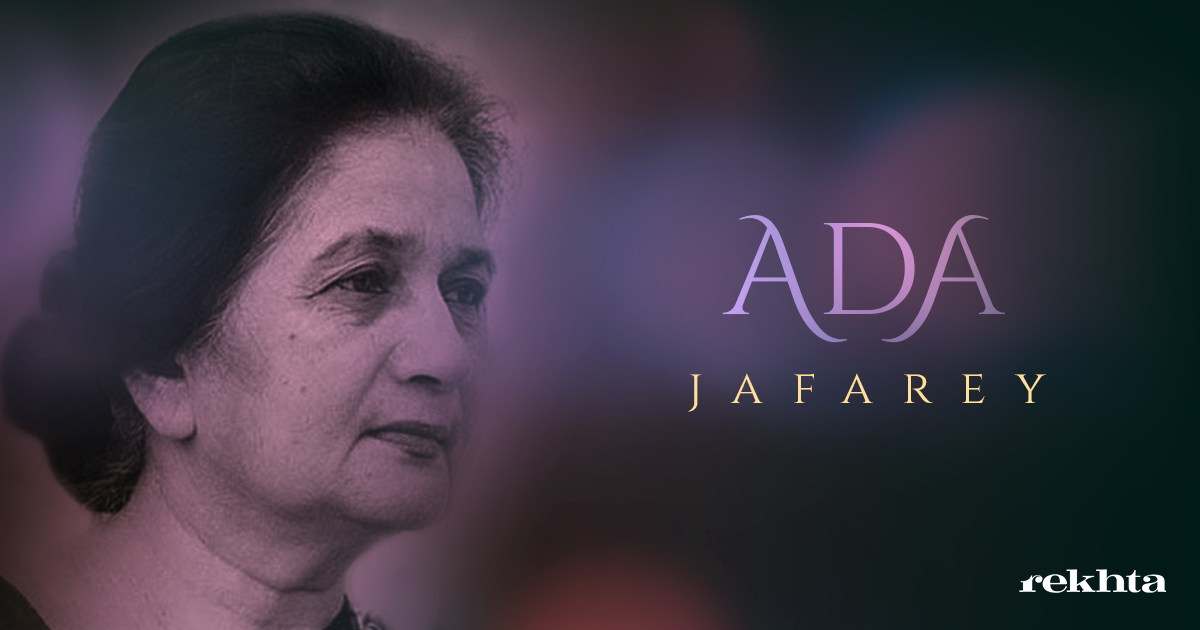 The poet, the woman, the mother

Ada Jafarey has had many distinctions: she was one of the first female voices of substance in Urdu poetry; she was refreshingly modernist, and above all entirely inimitable.

Jafarey started composing verse at an early age. She chose a pen name, as was the tradition, of Ada Badayuni which later got a newer incarnation in Ada Jafarey following her marriage to Nurul Hasan Jafarey. She emerged as an icon, worthy of emulation by hosts of women poets seeking their individual identity. This mid-twentieth century phenomenon was equally grounded in family, friends, as she was in her life and times. 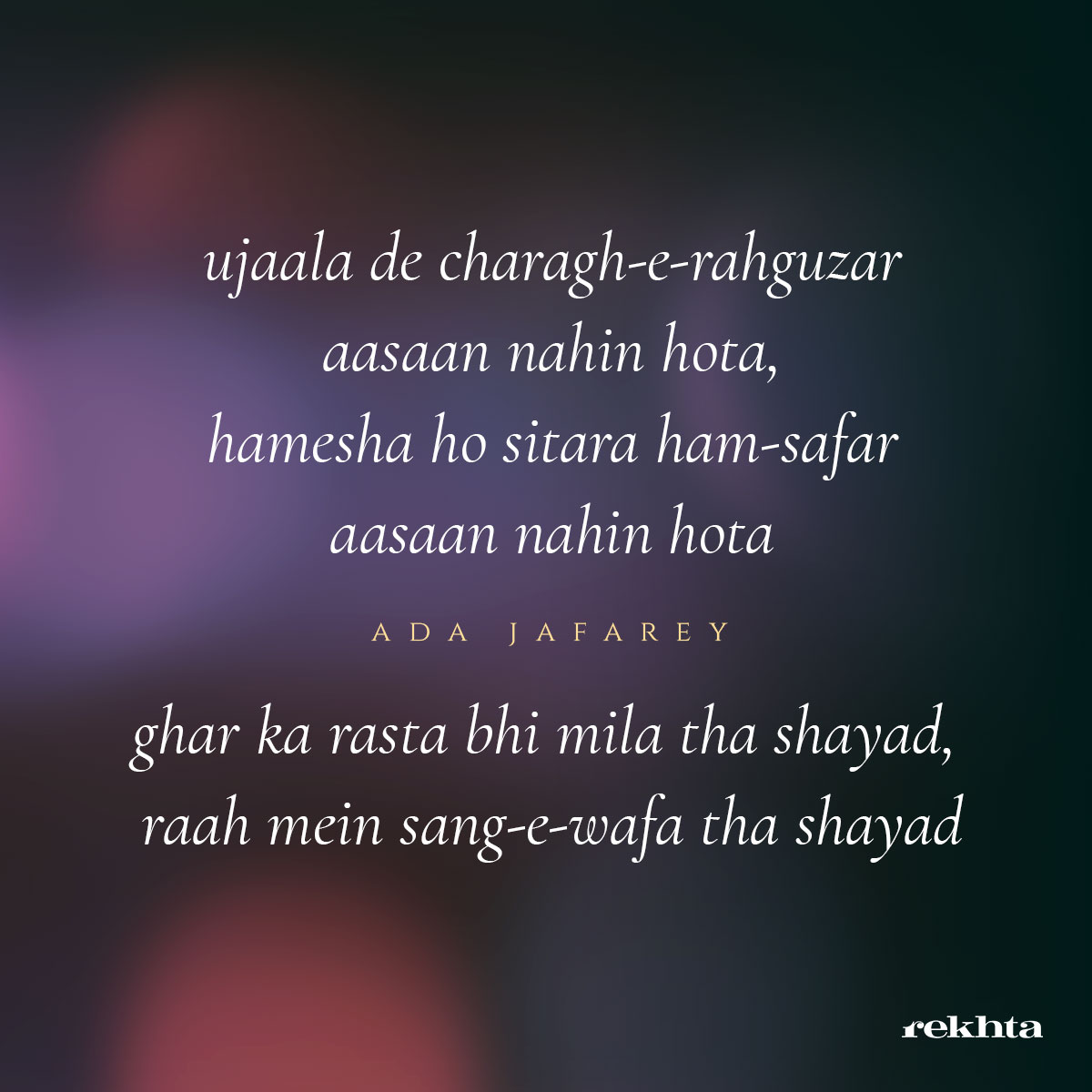 Celebrated essentially for her ghazals, written in a romanticist tradition, she expressed her intriguingly female sensibility with remarkable confidence. She said as much about her style of writing in her autobiography Jo Rahi so Bekhabari Rahi: “You would not find a revolutionary woman in my poetry. You wouldn’t find a tired and helpless woman either—one who has suffered all miseries. My heart has not ever accepted her as one who has submitted to defeat.” 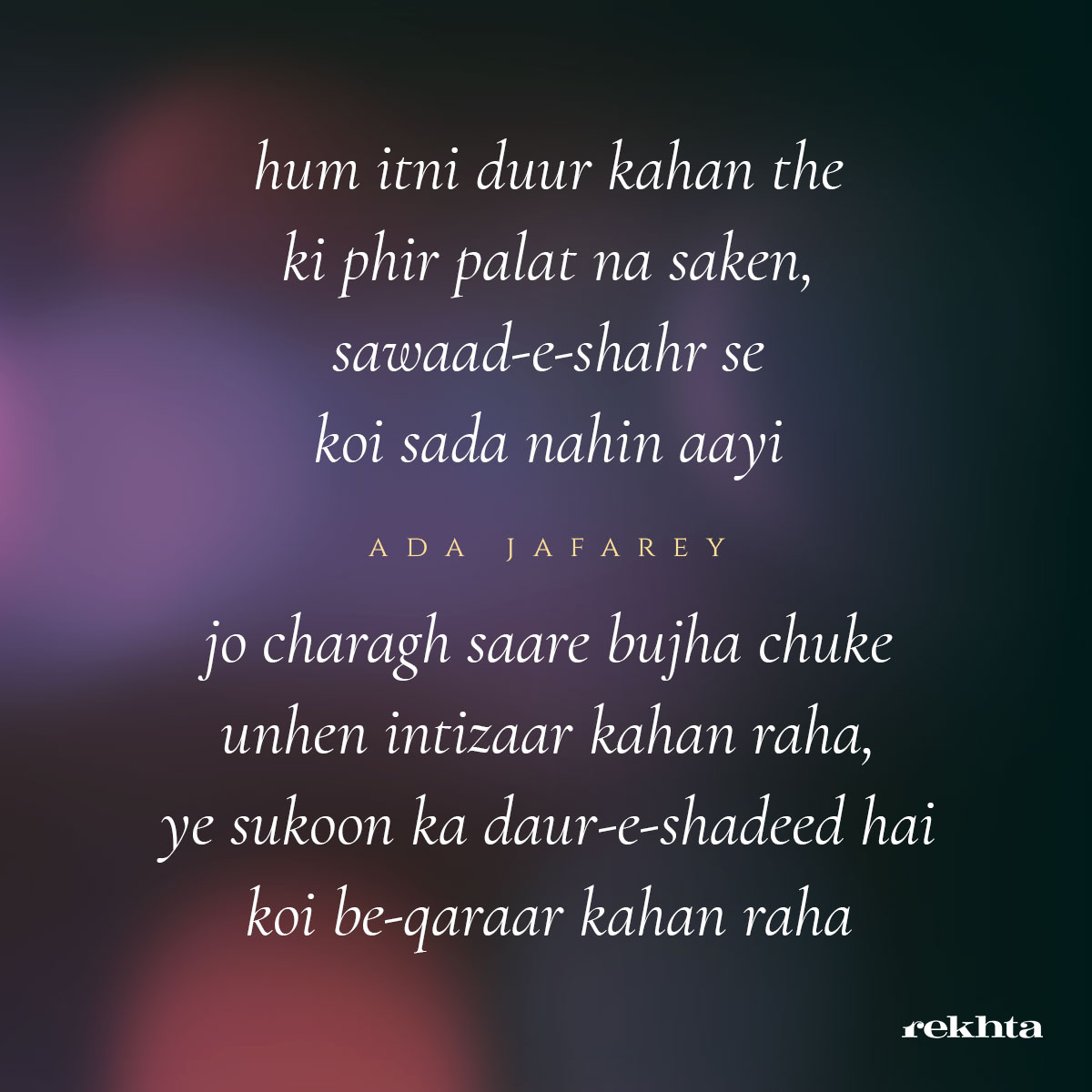 Negotiating precariously between illusion and reality, Jafarey sought a niche for herself and her voice that had to be heard. This voice stood out as the common voice of the male and the female. This is what made her contemporaneously relevant. Parveen Shakir, who admittedly was a big follower of Jafarey’s work said something extremely relevant about her work: “Whenever I read Ada Jafarey’s books, they always remind me of the Jasmine flower, which is not just for one season…” 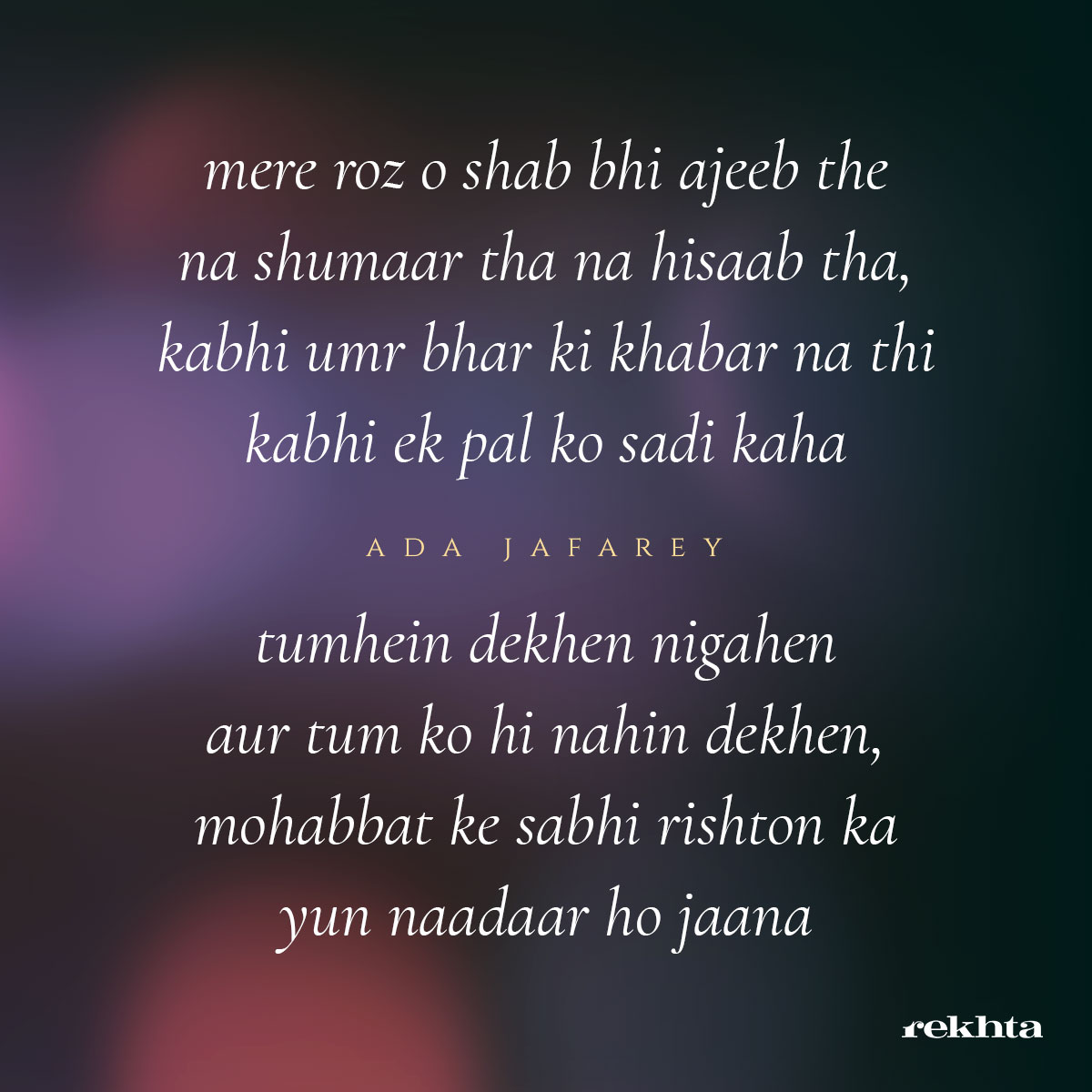 The contemporary poets apart, her friends and family adored her for reasons more than one. Aamir Jafarey, her younger son, gives us a glimpse of his Amma:
“…The image etched in my mind is that of Amma sitting in her bed, thinking, writing and reading, in her own universe. And at the same time she would also be instructing the cook on what was to be prepared for the next meal, tackling the dhobi and reprimanding him on not doing a good enough job with the weekly wash, helping me with my homework, talking to my elder siblings about college and in the evening reading out to Abba her latest poem, asking for his critique. And that is what I thought all mothers did, they wrote in between home chores…” 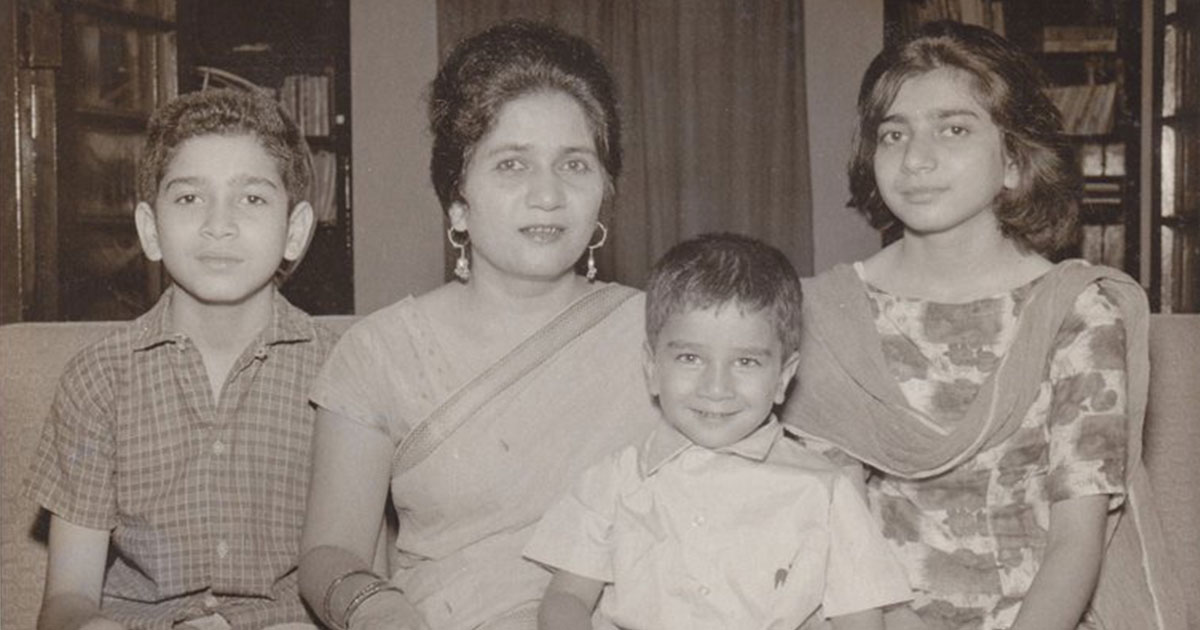 Ada Jafarey was indeed a person, a poet, palimpsest—a manuscript herself on which much of later writings were superimposed.