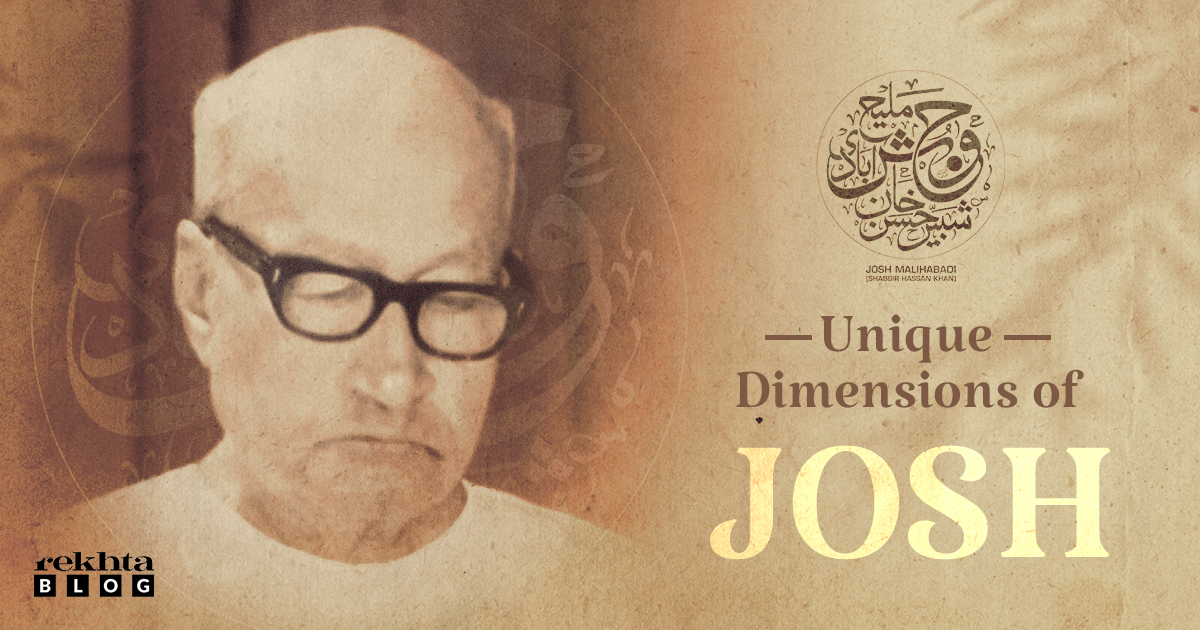 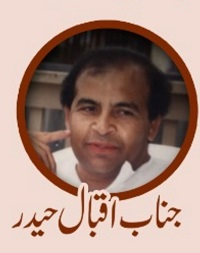 Evidently Josh’s poetry would add unique dimensions to any literature, let alone Urdu. He had this very rare combination of a diversified and panoramic vision and profoundly intricate diction. An observation so keen and sharp that it will not spare a thing and a diction so potent and comprehensive that will become the most sensitive and aesthetic articulation of emotions, feeling and events alike.

He started as fiery revolutionary poet and remained revolutionary in the true sense of its meaning to the last day. He gave a fresh and most objective perspective to all the domains and topics that he touched, and he did not leave many untouched either.

He gave new meaning to life and new life to the meaning. He accorded a new level of consciousness to the art of aesthetics and poetry. He has the capacity of intellect to rationalize and analyze, and the integrity of character to fearlessly question and discard. And some of those questions were cutting too deep and too close to the core of the matter, hence he was punished. It is solemn, stirring, compelling and while given least credit, strangely life affirming.

It has always been common, but more so evident now than ever before, that the hardest poets and writers to remain popular amongst the masses are the Non-conformist ones. Well who wants to read about a voice of reason if it does not conform, nor share the same life experiences and do not have the same point of view?

Some more common characteristics of these seemingly unpopular intellect-surfers and wordsmiths are that they do not share the prevailing social values, do vocally and emphatically question the majority belief system, are extremely blunt about their own beliefs or non-beliefs, have layered and multifaceted diction, live in very dogmatic society where generally people and specifically scholars are not very fond of reading from the source. Where critics rather listen to or read a couple of articles to form their opinion or write their own piece, Josh, fortunately or unfortunately, was victim of all of the above mentioned trends.

Hence there is a common public misconception about josh that he was somewhat of a temperamental reactionary rather than a deep rooted and well entrenched visionary. Whether widely praised or not he always commanded a grudging respect.

Thinkers and poets like Josh, once they are introduced in an enlightened society they immediately flourish like a budding plant in a fertile soil.

Of course he did not fit into any established classification, may it be of a religion or an ideology. He was disliked by the clergy and ideologues both and more or less for the same reasons.

His intellect refused to settle, he tirelessly kept moving ahead in search of the absolute truth. He was a constant reminder of life’s dynamism.

Life being fluid in nature, detest stagnation, so should any true embodiment of it. And there is no better embodiment of life than the real Art. Thinking is the essence of “Being”.

The thinking must not stop, the intellect must not rest, the spirit must not acquiesce and the soul must not die, because we are not only part of our own consciousness but also part of a larger consciousness. One must continuously endeavor to establish that harmony with the cosmos and when you do, you really have attained.

As the night opens its glossy locks
Suffocates serenity, simmers pathos
Precisely then in throbbing silence
I hear the creaking of Earth’s hum

I am surrounded by a strange clamour
Behind my back is a bow-like bosom
Whose eyes are following me around?
Who is that looking for me O’ Josh?

But he does not stop there, because deep down, he knows that it is far too colossal a task to affirm, given the prevailing limitations.

I am drowning in a rare perplexity O’ God
Pretentious senses, restricted and imperfect
Suppose, all the veils are lifted off my sight
I still cannot firmly believe that you are

This blog is taken from a very detailed presentation on Josh by Mr. Iqbal Haider’s book “A Conjugation of Art and Science”. Mr. Iqbal Haider is currently residing in Calgary, Canada.