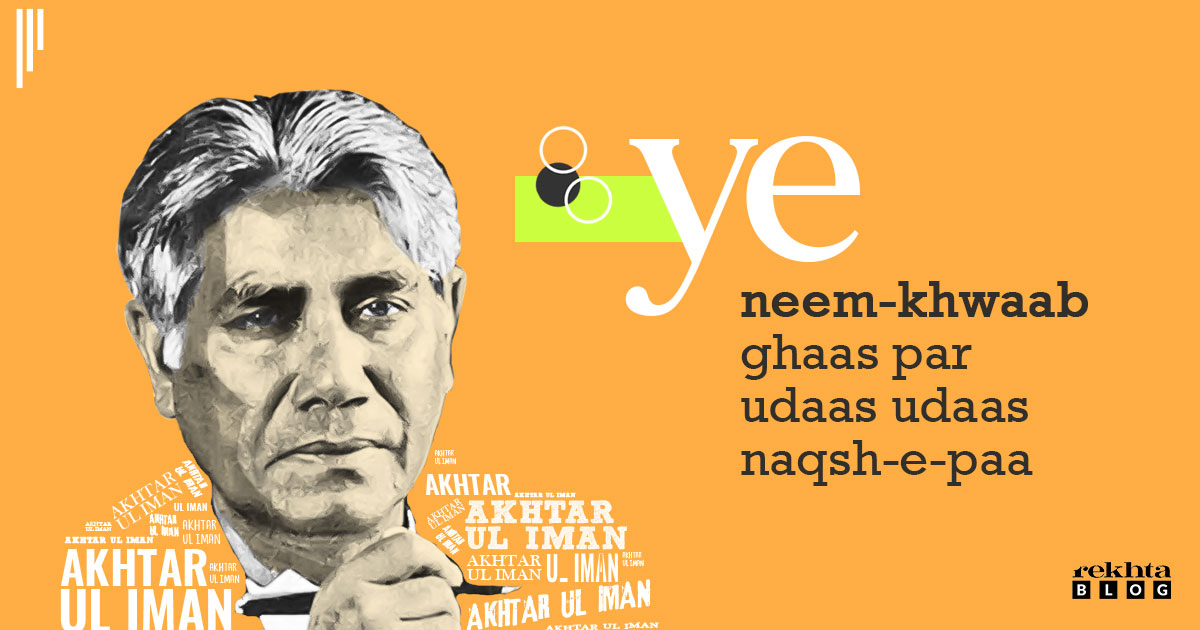 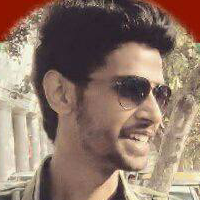 Akhtar ul Iman was one of the most important Urdu poets of his time. Considered as one of the pillars of modern Urdu Nazms (Poems), Akhtar also wrote dialogues for more than hundred bollywood films including ‘Waqt’ and ‘Qaanoon’. One of his dialogues made famous by Raj Kumar in film ‘Waqt’ is ‘Jin ke ghar Sheeshe ke hote hain vo doosron par paththar nahi phenkte’. Born in Qila Patthargarh, Najibabad, in the Bijnor district of Uttar Pradesh in 1915, he gained his initial education at Bijnor, where he came in contact with poet and scholar Khurshid ul Islam – who taught at Aligarh Muslim University – and developed a long association with Ralph Russell. He graduated from the Zakir Husain College in Delhi. Unlike most of the other Urdu poets of his time Akhtar preferred nazm over more popular ghazal as a mean of poetic expression. Akhtar ul Iman uses “coarse” and mundane poetic expressions to make his message effective and realistic. He left behind a substantial legacy for new generation of poets to follow. He gave a new direction to the modern and contemporary Urdu nazm with emphasis on philosophical humanism.

Akhtar ul Iman shares a story about what his condition was, when he wrote his one of the famous Nazms “NAQSH E PAA”. He says: