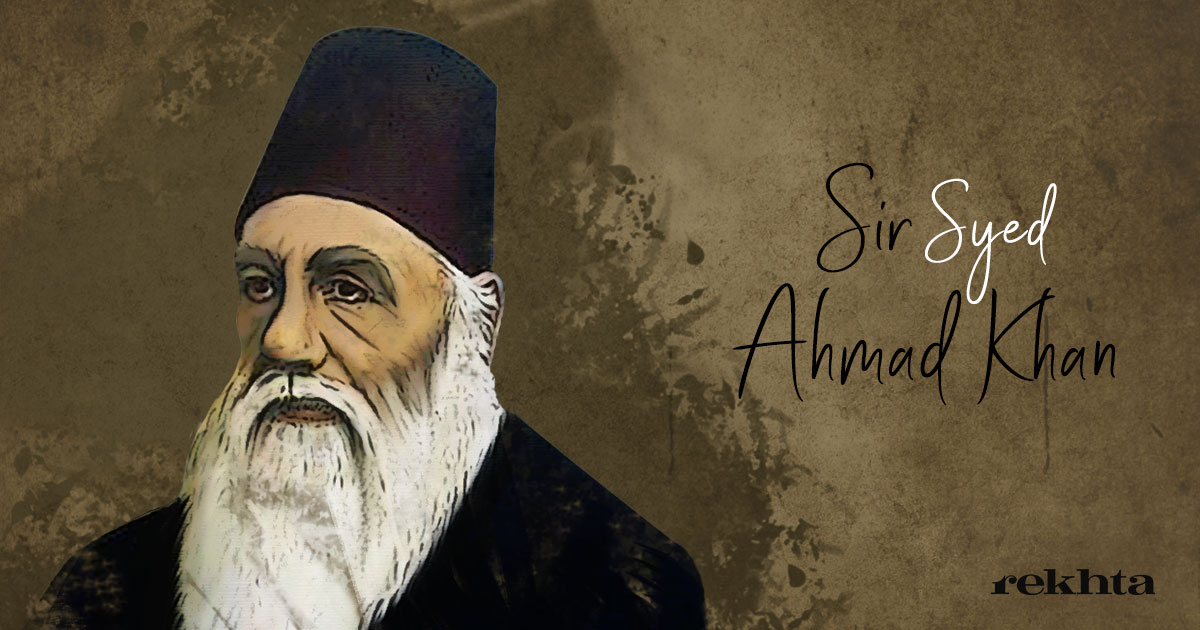 In order to amicably negotiate with the colonial powers and politics of the late nineteenth century India, certain individuals emerged as the forerunners of socio-cultural transformations in the Muslim community. They acknowledged the impact of the West and believed that a liberal view towards life and letters alone could bring consequential changes in their times and climes. In this regard, reference may be made to at least four extremely influential persons that include Syed Ahmed Khan (1817-1898), Mohammad Hussain Azad (1829-1920), Altaf Husain Hali (1837-1914), and Mohammad Iqbal (1877-1938). All of them were well disposed towards the West and accepted its impact quite liberally.

Syed Ahmad Khan who excelled in many ways as an educationist, reformer, religious commentator, historian, biographer, political visionary, and institution maker, made it possible for the literati of his times to realize the importance of political changes occurring then. He could visualize their impact on society, and think of the possible ways that might be adopted to create a better socio-cultural condition. Apart from many others, three of his contributions—the creation of Aligarh Scientific Society, the launching of a journal Tehzeebul Akhlaq, and the establishment of Mohammedan Anglo-Oriental College on the pattern of Oxford and Cambridge—made way for liberal thinking in the field of education. He emphasized on Western scientific knowledge, promoted translations of Western literatures into Urdu, and reflected on issues relating to culture, society, manners, and morals. Although his impact on literature was not as direct as that of the others but he created a healthy condition that made way for the poets and writers to reflect upon the ways that could help them imagine literature as social text.

A visionary of the extraordinary kind, Syed Ahmad Khan made amazing strides in several domains. Making his contribution in the field of education, he found Gulshan School at Moradabad in 1859, established Victoria School at Ghazipur in 1863, formed Aligarh Scientific Society in 1864, and laid the foundation of Mohammedan Anglo-Oriental College in 1875, which later blossomed into Aligarh Muslim University. Alongside, he also worked assiduously to seek his own moorings.He entered the service of the East India Company in 1938, became a judge in Small Causes Court in 1867, was nominated to Viceroy’s Legislative Council in 1878, made a member of Civil Services Commission in 1878, received the Honorary degree of LLD from the University of Edinburgh, and was decorated with the Order of the Star of India by the British Government in 1869. 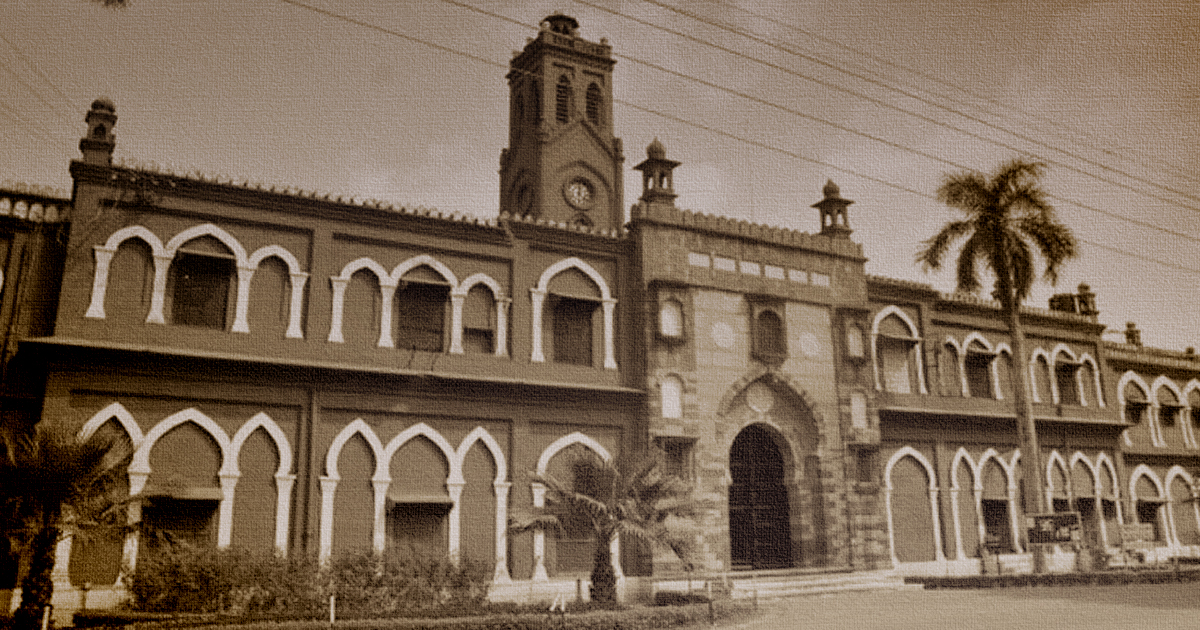 A foremost Muslim figure of the 19th century British India, Syed Ahmad Khan’s sympathies and affiliations were essentially liberal in nature. While his family nurtured ties with the Mughal court, he maintained loyalty to the British but did not hesitate to write a frank account of the failure of the so-called “mutiny” of 1857. He looked at the British rather critically but never without appreciating what could be inherited from them to enrich the indigenous cultural capital. A typical example of the classical scholar, he wrote with great erudition in multiple domains of knowledge. He penned with ease his commentary of the Holy Quran, as he did on legal, cultural, historical, biographical, and political issues. An advocate of scientific education, he was also a votary of the Urdu language. A believer in the symbiotic fusion of knowledge systems, he authored innumerable journal entries that reflected broadly on socio-political issues of great contemporary relevance. Among his dozens of works on different subjects, special mention must be made of his contributions to Tehzeeb-ul-Akhlaq, and his masterpieces like Kimiya-i-Saadat, Aaeena-i-Akbari, Tarikh-e Feroz Shah, Tuzk-e Jehangiri, Asbaab-e Baghawat-e Hind, and The Mohammedan Commentary on the Holy Bible. His Aasaru-us-Sanaadeed has long been a favourite text about the historical monuments of Delhi. 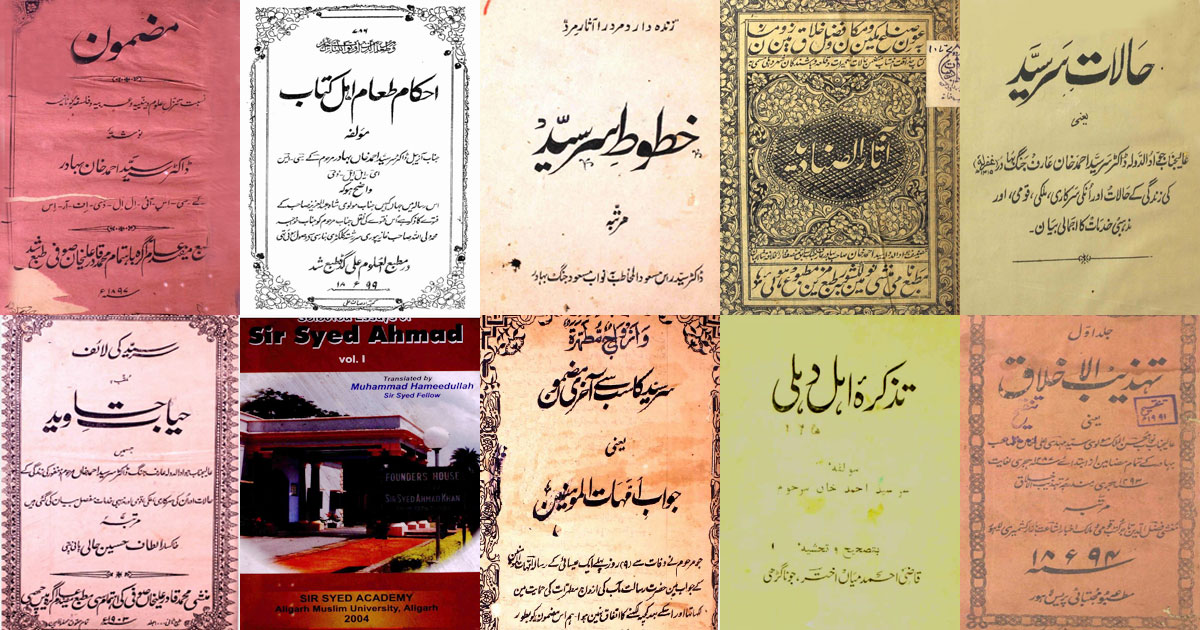 The life of such an iconoclast is, however, not completely devoid of brighter moments of sheer fun. When Syed Ahmed Khan completed his work on Aaeena-i-Akbari, he requested Ghalib to write a preface to his book. In return, Ghalib wrote a mathnavi entitled Taqreez-e-Aaeena-i-Akbari. In his mathnavi, Ghalib criticised the profound love of Syed Ahmad Khan for the past and stated that he, being an intellectual, was only wasting time on writing about plunders of the past. Unhappy over Ghalib’s remark, Syed Ahmad Khan decided not to publish his mathnavi as an introduction to his book. After this incident, they parted ways and no longer remained on good terms with each other. Many years later, they had a chance to make amends. Syed Ahmad Khan has given an account of this meeting as follows:

“When I was in Moradabad, Mirza Ghalib had come to visit Nawab Yusuf Ali Khan in Rampur. I had no clue about his departure from Rampur but as he set out from there, I came to know that he had given a break to his journey and stayed at a motel in Moradabad. I immediately reached the motel and brought Mirza, along with his fellow travellers, to my house.”

Syed Ahmad Khan recounted that as soon as Ghalib reached his house; he took out his liquor bottle and put it on a desk. The bottle was positioned in such a way that anyone entering, or leaving the house could easily notice it. So, Syed Ahmad Khan took the bottle out of everyone’s sight and kept it in a closet in another room. After a while when Ghalib couldn’t find the bottle where he had put it, he panicked and inquired about the missing bottle. On hearing this, Syed Ahmad Khan took Ghalib to the closet in another room where he had kept the bottle. As Ghalib raised the bottle he said, “I have been cheated! Tell me the truth; who drank from my bottle?” Saying this, he quoted a sher from Hafiz. At this, Syed Ahmad Khan burst into laughter and both enjoyed the moment. Hence, the distance that had persisted between them for some time suddenly vanished for good.