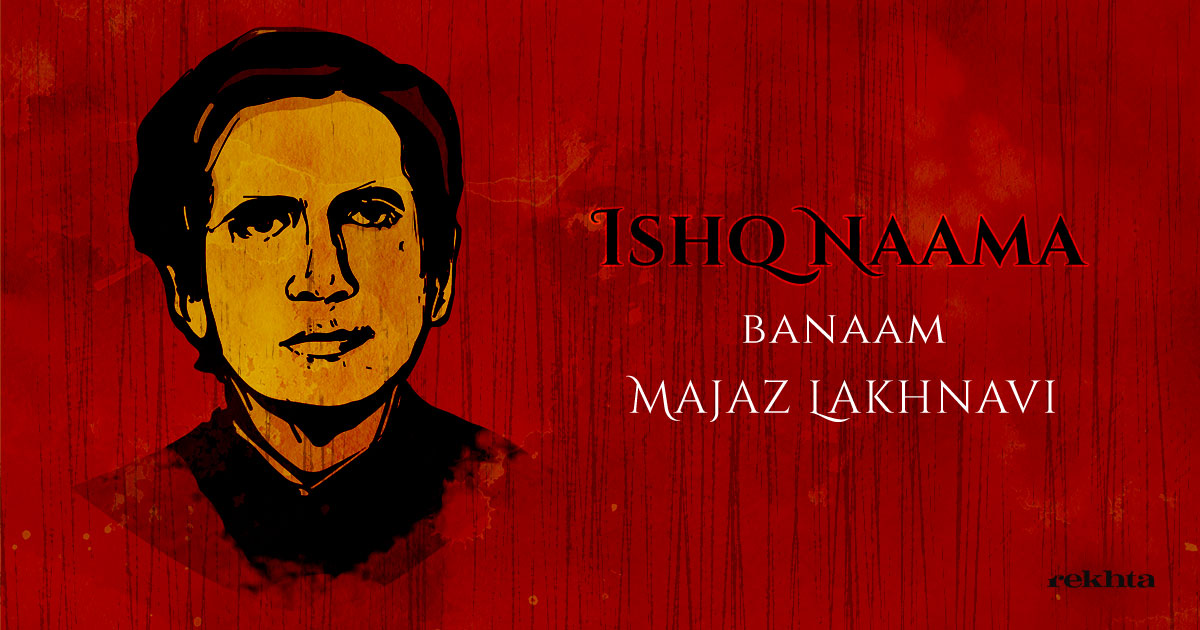 Asrar-ul-Haq Majaz : A Poet of Romance and Revolution

Asrar-ul-Haq Majaz (1911-1955), also known as Majaz Lakhnavi, has traditionally been called a poet of romance and revolution. Rightly so, for he excelled as a poet who could artfully weave the two strains together. Indeed, he found love in revolution and revolution in love.

Majaz is also known for leading an unconventional life. Poets are often known for doing this. But Majaz excelled here again. He loved the companionship of women; some of them enamoured him intensely. He wrote quite a few of his verses celebrating them but quite often only secretly,

Poets write for their beloveds—sometimes on asking, at others on their own. One does not really know if Majaz was really asked to write this verse but he writes as if he was asked to,

In love, one lives an imaginary life, as well as a real one. Majaz configured a moment of close companionship when he wrote,

This experience made him configure his beloved as differently as this,

Constraints in love are killing; they make one suffer immeasurably. Realities of life make the lovers suffer in silence without ever finding a way to resolution. Majaz also experienced such a moment of his helplessness in love,

Such moments of helplessness lead to despair and finally to breaking of all bonds. Tragically enough, Majaz too had to pen a verse as helpless as this:

In putting a question about what to do now, Majaz also proposed a quintessential answer that love does not necessarily lead to union. He was desperate yet full of conviction. He came up with greater courage and expressed himself with better courage than before,

Love matters but not necessarily the names that figure in the story of lovers. In the genuine and honest story of Majaz, there are quite a few names. He loved beauteous being who happened to be now Gauhar, now Hameeda, now Zehra, now  Surayya, now Kaneez. All of them stand out as incarnations of his desire—the unfulfilled desires of a poet who lived, loved, and died of excessive drinking.