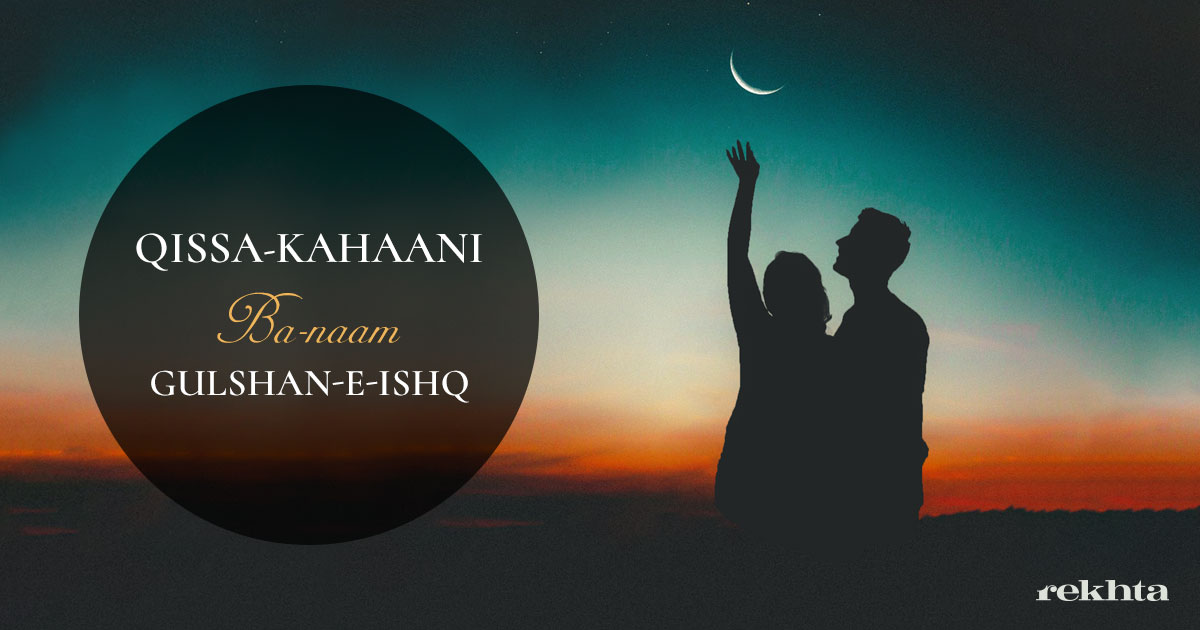 Once upon a time, there lived a king called Bikram in a place known as Kinger. He had no heirs. One day, he heard a faqeer loudly calling for charity. Being a person of great humility, king Bikram personally brought a platter of sumptuous meal to him from his kitchen but the faqeer did not accept his offering. The king asked, “Why don’t you accept my offering?” The faqeer answered that he would not like to accept anything from those who are sterile and cannot get an heir. Saying this, the faqeer left but the king felt deeply hurt. When his queen saw him in his miserable state, she consoled him and said that instead of being sad it would be better for him to go out and find that faqeer who might give a solution to our problem. Following the queen’s advice, the king left his palace and started looking for the faqeer from place to place. Fortunately, he happened to come across some fairies on the way who helped him find the faqeer. When the king narrated his lot to the faqeer and sought his help to cure sterility, the faqeer looked at him sympathetically. He pointed to a tree and asked the king to pick a fruit from there and give it to the queen to eat. He also told the king that God would be kind and soon he would have an heir. The king followed the faqeer’s advice and was soon blessed with the birth of a boy. The boy was named Manohar. The astrologers looked at his horoscope and predicted that that this boy would see success in his life but before that he would have to face severe crisis in the fourteenth year of his life. They also advised that till that time he should be kept at a place from where he could not see the sky. Their advice was followed and Manohar was kept indoors.

Now it was the time to watch how destiny spelt itself out for prince Manohar. It so happened that a few fairies who were roaming in the sky decided to come down and enter king Bikram’s palace for a change. When they did so and moved about in the palace, they found prince Manohar lying on a grand cot. As they looked at him, they were stunned by his exceptional splendour. They wondered if there could be anyone like him in the entire universe and if there could be a match for him anywhere. They were so enamoured by this spectacle that they took it upon themselves to find a match for him.  They set out on their mission but came back utterly disappointed except for one who suggested that princess Madmalti of Maharas Nagar would be an appropriate match for prince Manohar. In order to test what she suggested, the fairies lifted prince Manohar’s cot in the air and brought it to the bed chamber of princess Madmalti. When princess Madmalti woke up from her sleep and saw him, she was amazed by his charming personality and kept on looking at him with bated breath. Both were utterly fascinated with each other and both fell in love at first sight, as it is traditionally said. To celebrate their meeting, they exchanged rings and enjoyed their new-found companionship in full measure. When they fell asleep after a long conservation, the fairies emerged again. They thought that since prince Manohar’s parents would be worried about the disappearance of their son, they should take him back to his palace. They lifted his cot again and flew him back to his palace.

When prince Manohar and princess Madmalti woke up in the morning in their respective homes, they were shocked to find their love missing from their side. This worried them overmuch. Unable to bear her separation, prince Manohar forsook his meals and started living in misery. Seeing him in such a miserable state, prince Manohar’s father, king Bikram, got very worried. He called astrologers and sought their advice but it did not help. At last, a faithful maidservant came forward to help. She narrated to him what all had happened and how the fairies had taken prince Manohar away from his bed chamber to princess Madmalti’s bed chamber and how they brought him back which led to his suffering in separation from her. Getting this important clue, king Bikram sent some of his trusted men to find the whereabouts of princess Madmalti but they came back disappointed. At last, prince Manohar himself took the challenge upon himself and came out with his entourage to conduct a search for princess Madmalti. They sailed in a ship but passed through a dangerous zone in the sea where a huge serpent attacked the ship and smashed it into pieces. All his companions were drowned except prince Manohar who faced the situation valiantly and landed on the banks of a place called Sehra-i-Aatishin. There, he happened to meet a man of great wisdom who guided him to his destination. Following his advice, prince Manohar went ahead and entered a huge garden with a grand palace where he met a beautiful princess called Champavati. She was the daughter of king Sormal and happened to be a close friend of princess Madmalti but unfortunately, she was unable to move and help out as she had been kept in prison by a demon. Being a person of heroic qualities, prince Manohar fought with the demon and succeeded in rescuing her safely. He then took her to a place called Kanchan Nagar where princess Champavati was reunited with her parents. Feeling obliged and listening to the story of Prince Manohar’s search for princess Madmalti, Champavati’s mother invited princess Madmalti to her own place and presented her before prince Manohar. Finding each other after a long separation, they found themselves utterly stunned and overwhelmed.

When princess Madmalti’s mother came to know that she had been called by Champavati’s mother and had not yet returned, she got worried. She sent some of her confidantes to bring back princess Madmalti. As she did not receive any news of her coming back for quite a while, she herself set out for Chamvati’s home. Reaching there, she was shocked to find that princess Madmalti was sitting by the side of a stranger with her arm around his arm. Unable to check her devastating anger, she cursed her furiously. She read out a mantra and sprinkled rose water on her which resulted in turning princess Madmalti into a parrot. This was the opportunity for princess Madmalti to fly away in the form of a parrot.

When she saw princess Madmalti turning into a parrot and flying far away from her, she started crying and shedding tears like a helpless mother. The parrot kept on flying from place to place in the jungle until she found a place to rest. There she met a handsome prince called Chandra Sen. Prince Chandra Sen liked this bird immensely and developed a fancy for her to such an extent that he found it difficult to separate from her even for a moment. When prince Chandra Sen listened to her story, he sympathized with her deeply and brought her to Maharas Nagar. When the king and the queen came to know of this, they allowed them to enter their palace. At this point, the parrot got turned into princess Madmalti that she originally was.

Now, prince Chandra Sen went out to search for prince Manohar. Sometime later, he found him out in a marketplace but in a state of complete bewilderment. He told him how he happened to meet princess Madmalti in the form of a parrot and how he brought her back to her palace in Maharas Nagar. Thereafter, prince Chandra Sen took charge of prince Manohar and brought him to Maharas Nagar where both of them were put into wedlock.

Sometime later, prince Chandra Sen happened to meet princess Champavati by chance. He developed a fancy for her. When prince Manohar and princess Madmalti came to know of this, they spoke with Champavatis’s parents and got them into wedlock. Following this, prince Chandra Sen left for his home with his bride, princess Champavati. So did prince Manohar with his bride princess Madmalti. When prince Manohar’s parents saw them they could hardly believe their eyes. The overwhelmed parents welcomed them with open arms and admitted them into their palace where they lived happily ever after.