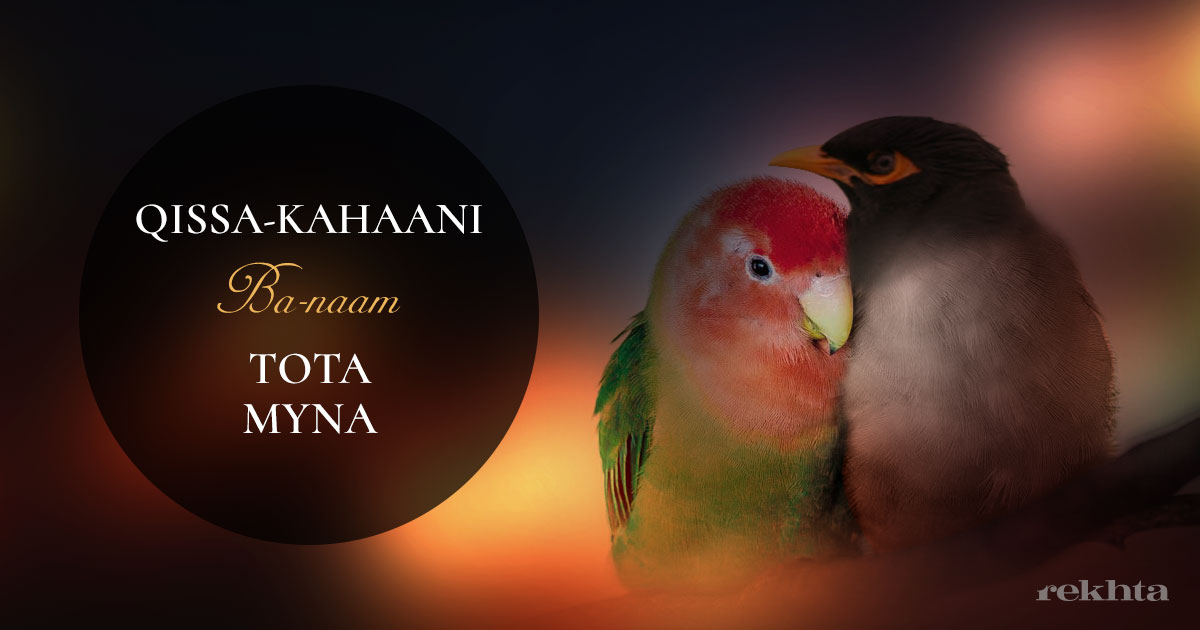 Where birds tell a tale and make a difference

Once upon a time, there lived a merchant. He had built a palace on the shore of a sea and had such worldly possessions which even the kings did not have. This merchant of great power and pelf was not, however, blessed with an heir to take charge of his huge domain after him. He prayed and prayed till his keen prayers were accepted and he was blessed with a handsome boy. The new-born was treated with great care and given all the comforts of life. As he grew up with time and attained his youth, the father thought of bringing a bride for him. He found an exceedingly beautiful girl and put both of them in a nuptial bond.
One day, when this young man happened to pass through a marketplace, he saw an extremely charming parrot. The parrot was gifted with the power to foretell what lay in store for people and places and it did so with his magical tongue that mesmerised all. He bought this parrot and to his great surprise and pleasure found soon enough that one of its predictions came true in no time. He thought of bringing a partner for the parrot and bought a myna. The two gifted birds taught him good lessons of life together and kept him happy.

Once, the young man had to leave home and set out for a far off land to sell his merchandise. While leaving home, he left both the birds in the care and custody of his young wife. His business took time to finish and return home. In the meantime, the young wife, deprived of male companionship, got deeply fascinated by another young man who passed by her palace. She craved to meet him and enjoy his companionship in secrecy. For this, she found a scheming old lady to arrange their meeting. Before she ventured to meet the man, she sought the advice of the myna. The myna knew her unholy intentions well enough and warned her against such an immoral act. Being very unhappy over what the myna advised her, she chose to tear its feathers mercilessly and kill it.
Following this, the young wife sought advice from the parrot. The parrot had seen what had happened to the myna. It thought of an ingenious method to check her from falling into an immoral act. It chose not to stop her from doing what she wished to do but told her that she should not divulge her meeting with that young man to anyone. It also said that if she did not do so, she would meet the same end as a particular deceitful rani had met once. The young wife of the merchant got curious to know the story of that rani. According to a pre-conceived scheme, the parrot started to tell the first story of that rani but it was too long to be finished in one night. In fact, the parrot had planned to spread the telling of forty-five stories of the rani’s deceit over nineteen nights. Since each story was spread over long hours, it did not give the young wife the opportunity to move out and meet her new-found love in the darkness of the night. It so happened that the telling of the last story got over in the later hours of the night and the young merchant returned home at the break of the day. On his arrival, he asked the parrot with all affection about how things were at home during his absence. The parrot told him that it would tell him all but only on the condition that it would be released after that. The young merchant agreed to the parrot’s condition. So, when the parrot told what his young wife had planned to do, the young merchant was greatly shocked and saddened. True to his word, he released the parrot but unable to bear the deceitful behaviour of his wife, he killed her. Since life did not have any meaning for him any further, he gave away all his riches in alms to the needy and took sanyas forever.

There is a variation in the Sanskrit version of this tale, especially regarding its end. It says that the wife herself told her husband that it was the wisdom of the parrot that saved her from falling prey to her vile desire. Impressed by her truthfulness, her husband forgave her and accepted her with a large heart. Both of them lived happily ever after. In appreciation of its wisdom and for saving the honour of the family, the parrot was released.