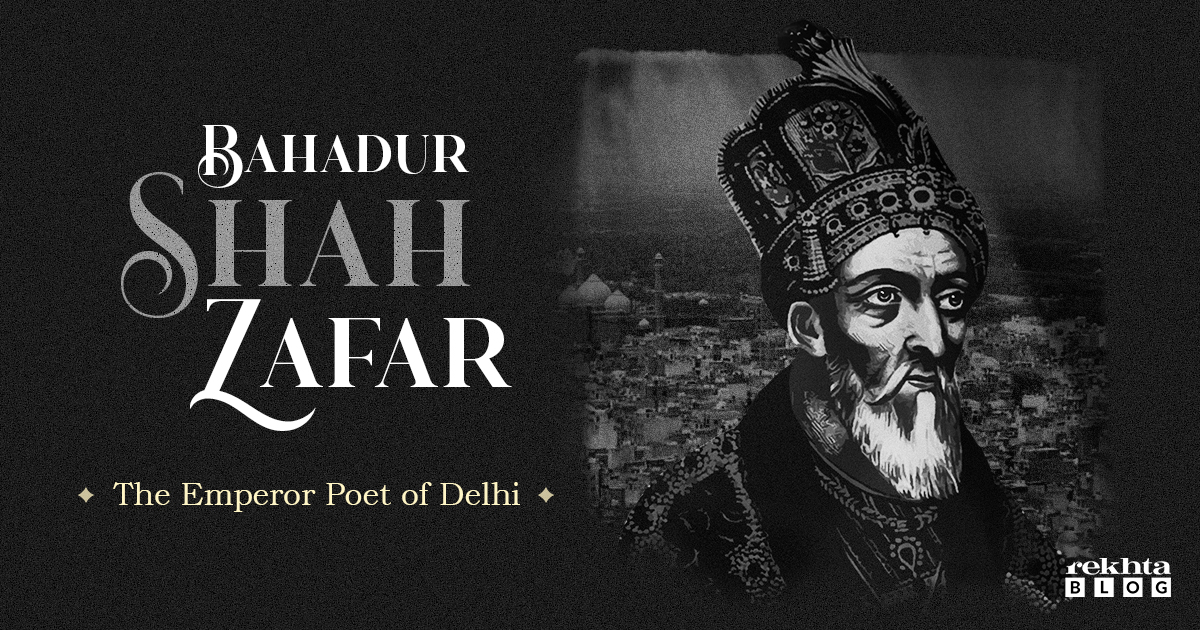 Bahadur Shah Zafar is recognised in our collective literary history for two main reasons, One is that he was the last light of the Mughal era, a lamp that was flickering under the overseeing of the British Empire. Second, we know him as a poet of great calibre. He sustained the poetic traditions of the Red Fort, Which were re-established by his grandfather, Shah Alam Sani.

He was born on October 14, 1775, in the last quarter of the eighteenth century. The empire was on the decline. Bahadur Shah Zafar ascended the throne of Delhi, as a symbolic king. His territory of the reign was limited to the Red Fort itself.

Urdu Poetry was already a thing in the Mughal Court. Zafar also found solace in Poetry. He composed poetry, particularly Ghazals. Perfectionists like Ghalib and Zauq mentored Zafar. His style of poetry has all the characteristics of classical ghazal.

His ghazals still have a timeless appeal and millions find their sense of vulnerability and grief expressed in them. His times and the virtually defunct throne he sat on gave birth to a sense of exquisite grief that can be easily spotted here and there in his poetry.

This famous Ghazal is often seen and interpreted in the light of his own biographical details. The last Sher has an uncanny likeness to the fact that Zafar was sent to exile in Rangoon, where he got buried, and not in Delhi, his beloved city.

His contributions to Urdu Poetic traditions have led him to be one of the canonical figures of Urdu Literature. He didn’t just compose Ghazals but also helped poets like Ghalib and Zauq sustain their lives, to the limits he could. The mushairas he organized kept the lamp of Urdu Poetry burning in Delhi. And though his reign is remembered as the decline of his empire and his city, It is and will always be remembered as the golden age of Urdu Ghazal in Delhi.