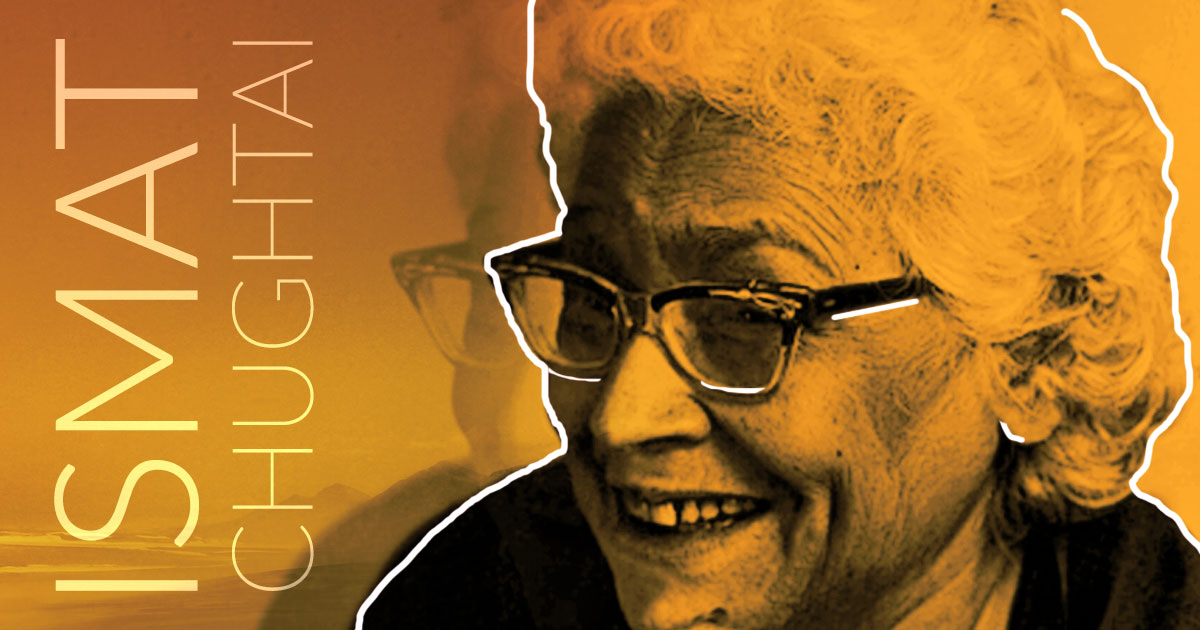 Ismat Chughtai: Voice of the Voiceless

You might know Ismat Chughtai for her story ‘Lihaaf’ but she surely has much more than that. Here are some stories you should definitely read to know her better.

A story highlighting the evils of society, Chauthi ka Joda is one of the most acclaimed stories of Ismat. It revolves around Amma bi and her two daughters, Sughra and Hameeda. Concerned about her unmarried daughter Sughra, Amma bi finds herself desperate to find Sugra a husband. She finally has some respite when her brother’s son arrives to live in their house for a month. However, things do not turn out to be as expected and take a strange turn…

This story touches upon the sensitive issue of male dominance. It comes through the story of Goori bi and Kaale miyaan who are supposed to enter into a marital relationship. As the news of their marriage spreads, people start taunting Kaale Miyaan at his dark complexion. This, in turn, hits his ego that leads to a very bizarre situation in the wedding night, which changes their lives forever…

When Manto’s sister read Dozakhi, she said, “Saadat! How vicious Ismat has become. She didn’t even spare her brother! Look, what rubbish she has written about her brother.”
Manto thought for a while and replied, “Iqbal, if you promise to write something similar on my death, then I swear upon God! I’m ready to die right now.”
Such is the corrosive frankness that defines this piece, which reads like a pen portrait as well as a story.

An artist in dire need of money decides to paint a village girl named Rani. She, however, tries her best to attract him with her sexual charm and lure him into a sexual encounter. In this story, Ismat has highlighted the woman’s innate sexual desire, which also corresponds with the male desire.

This story raises the issue of inter-caste relationship, the oppressive customs surrounding a widow and the nature of real friendship. Genda, despite being a widow and a domestic help in an upper class family, has a brief affair with one of the family members, Bhaiya. Subsequently, things turn ugly for her but she finds a surreal relief within the family itself…

Hope this blog will make you read a few more stories from this master storyteller.