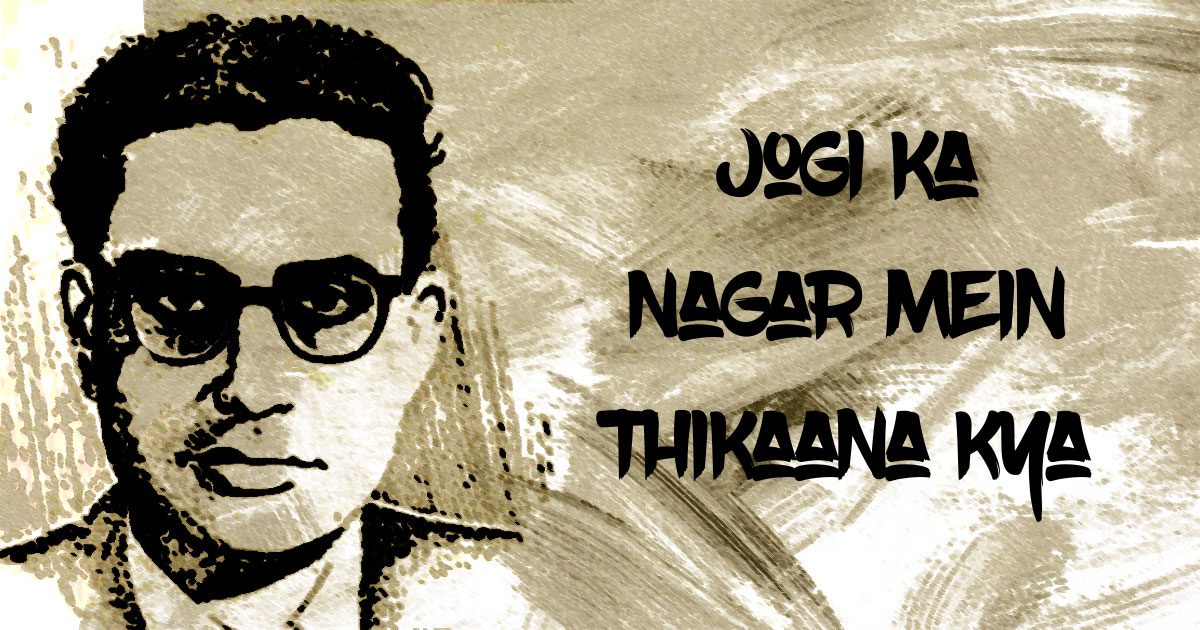 Ibn-e Insha: the modern day sufi in a suit

This man of simple words and emotional exuberance, wandering soul and kind heart, individual style and common appeal, could easily be called the modern day sufi in a suit

When it comes to identifying poets for their literary merit, the experts look for their style. Great poets are always marked for the diction they choose and the style they discover. But none could be as distinct as Ibn-e Insha in touching the mark of excellence in these respects. He kept true to his individual method of writing all through his life. Be they ghazals, nazms, travelogues, or his witty essays and engrossing books. If one reads through his poetical compositions and prose narratives, the image of their creator that appears before our eyes is that of a voyager, an explorer, a wayfarer who ways crisscross many a time but he knows well which one to follow. Surely, life for him was a labyrinth of passions and he moved meanderingly without ever wobbling, or waving, or falling. 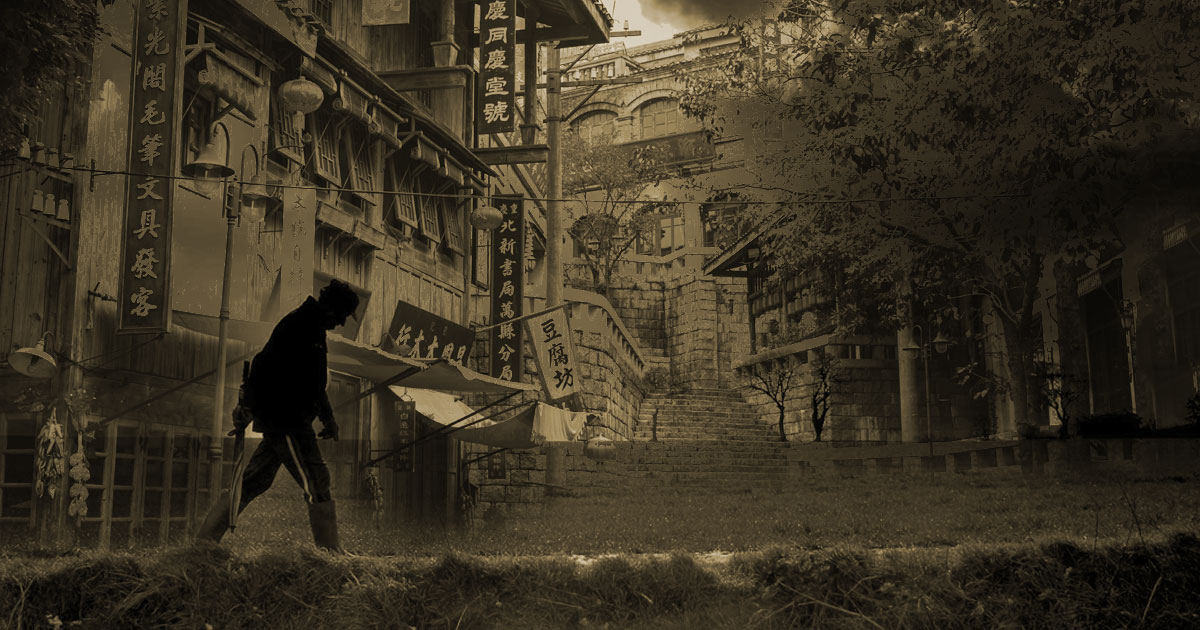 Insha was a major part of the Progressive Writers Movement but was definitely not like his counterparts. One of his very close friends Sahir Ludhianvi, like many other poets of the time, was making his name as lyricist. So, when Insha was asked as to why he didn’t write songs for movies, he quipped instantly, “I don’t say a sher on anyone’s asking”. Little did the question poser realize that Insha was already writing a song of another kind — the song of life — to be sung to one’s own self — and to others — with greater pleasure. His nazm “Farz Karo” can easily be mistaken for a ghazal, because of its rhyme pattern. Many of his ghazals like “Insha ji utho”, “Kal chaudhvi ki raat thi” and “raaz kahan tak raaz rahega”  have been immortalized as greatest ghazals ever sung. 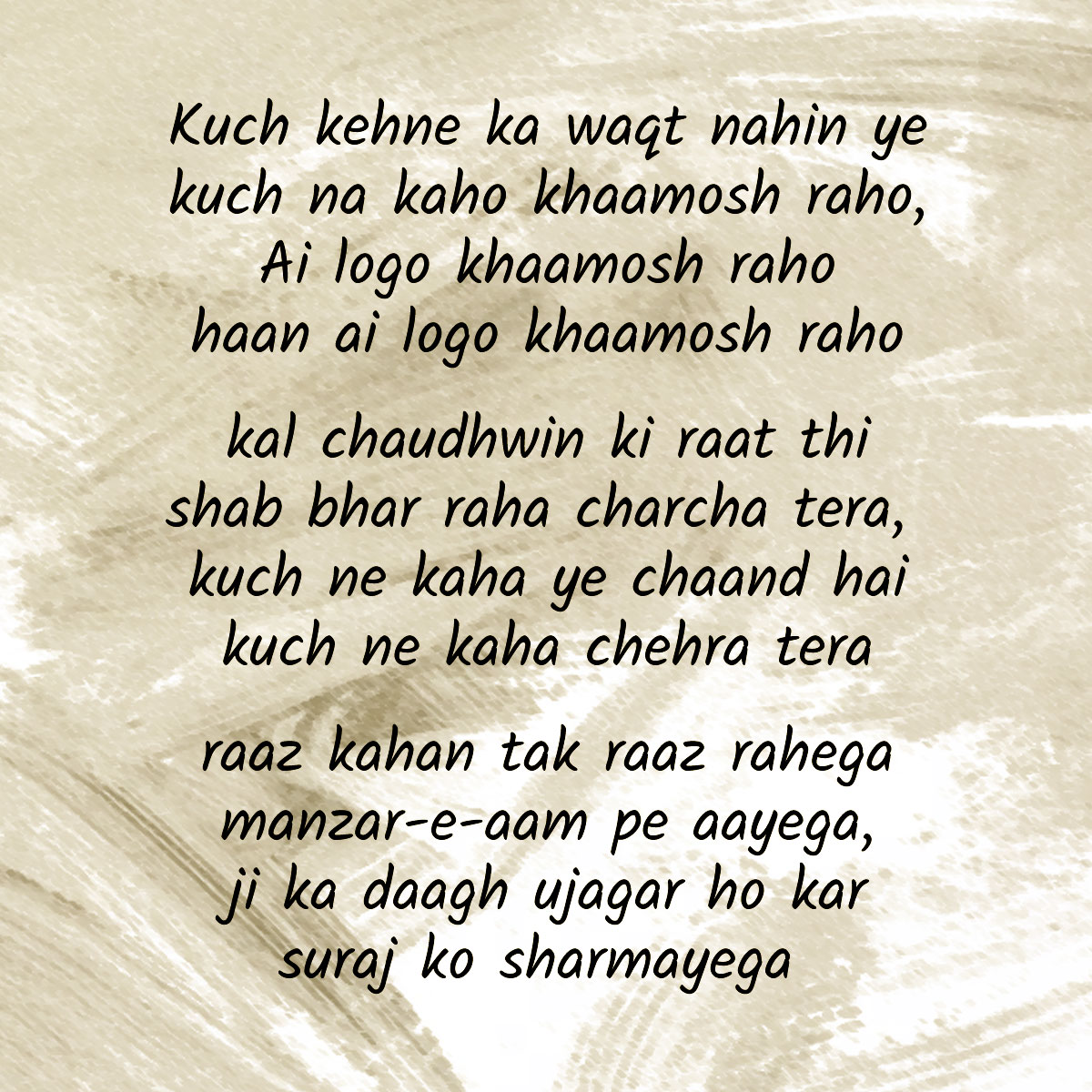 Insha was indeed a jogi; admittedly a fan of the mystic tales of Alif Laila, Sindabad and Ulysses. He kept wandering with his thoughts and keeping much of it to himself. He never participated in a mushiara and gave only a few interviews. His poetry was so colloquial; it seemed that he was developing a personal conversation with the world. 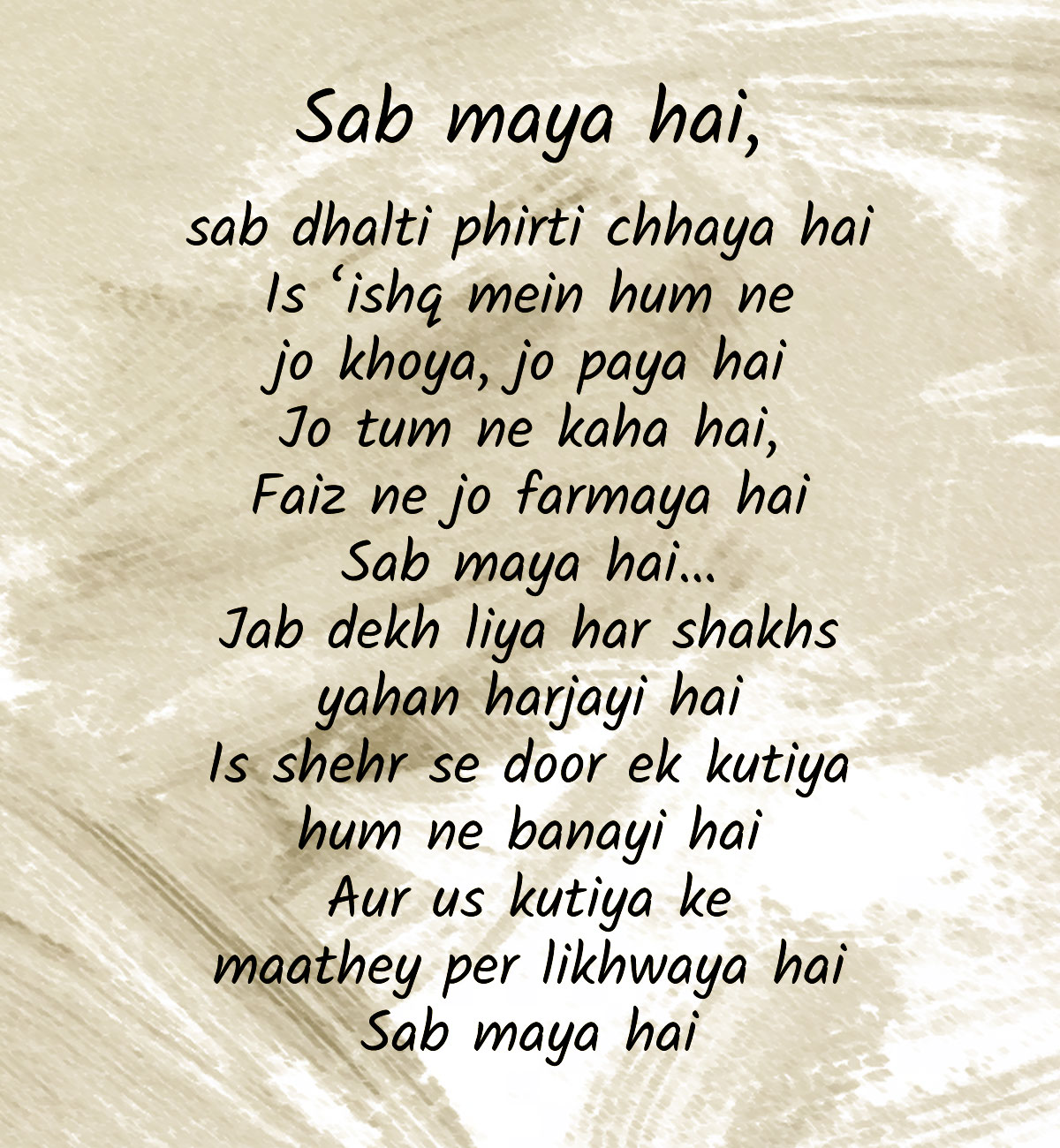 Like a mystic, like a jogi, like a wanderer, he always strove to reach out to his chand nagar, a utopia of his own making, which he also chose as the title of his book. He once said, “Ishq karna aur nakaam rehna behtar hai, ishq na karne se” (Being in love and being unsuccessful is better than not being in love at all). As a person who nourished a certain ideal in life, he became an inspiration to many young poets. This man of simple words and emotional exuberance, wandering soul and kind heart, individual style and common appeal, could easily be called the modern day sufi in a suit.

Insha was a man of many parts. He was a much-admired poet for the choice of diction that was by definition – Hindustani. Apart from being a poet he was an equally proficient prose writer. His books Urdu ki Aakhri Kitaab, Awaragard Ki Diary, Billu Ka Basta, Chalte Ho To Cheen Chaliye, Ibn-e-Batuta Ke Taaqub Mein, Nagri Nagri Phira Musafir,Is Basti Ke Ek Kooche Mein are excellent examples of his writing skills. He created a new canon for travel writing in Urdu and left an imprint on the genre that distinguished him from all others. 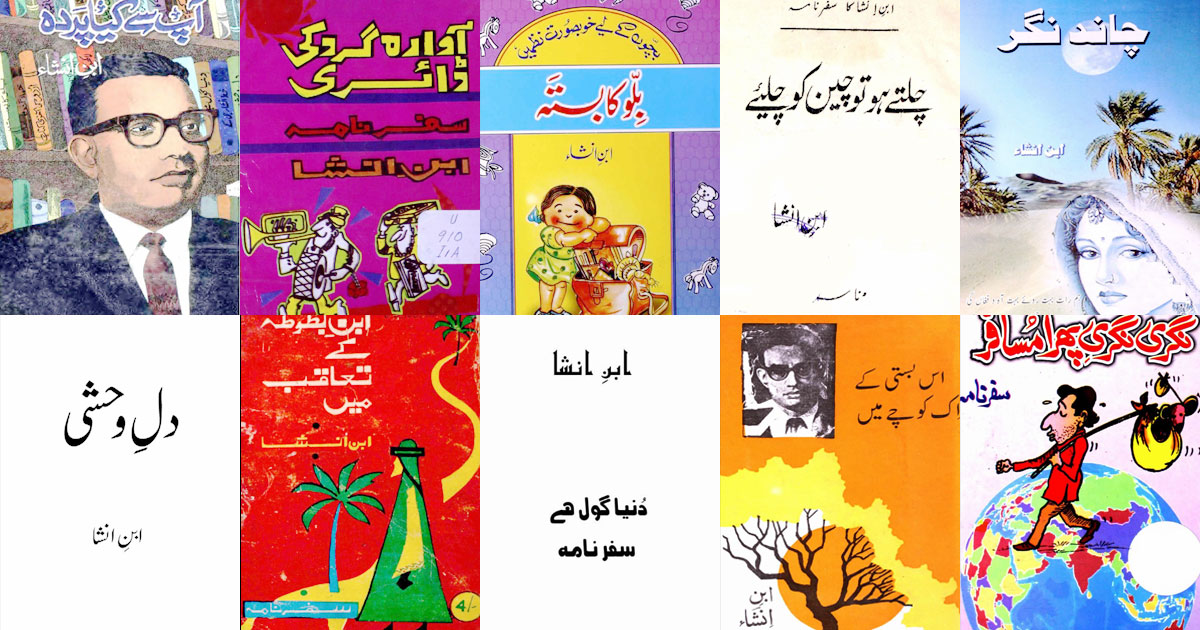 It does not take much to connect what he became with what he was. He was born as Sher Mohammad Khan; he started writing at the young age of 11; chose pen names like ‘Asghar’ and ‘Mayoos’ before finally discovering himself as Ibn-e Insha. He took up various positions for a living like those in Radio Pakistan, Ministry of Culture, National Book Centre of Pakistan and the United Nations. This diversity in his professional life helped him see life from different angles and finally develop a philosophy of life that endeared his readers.