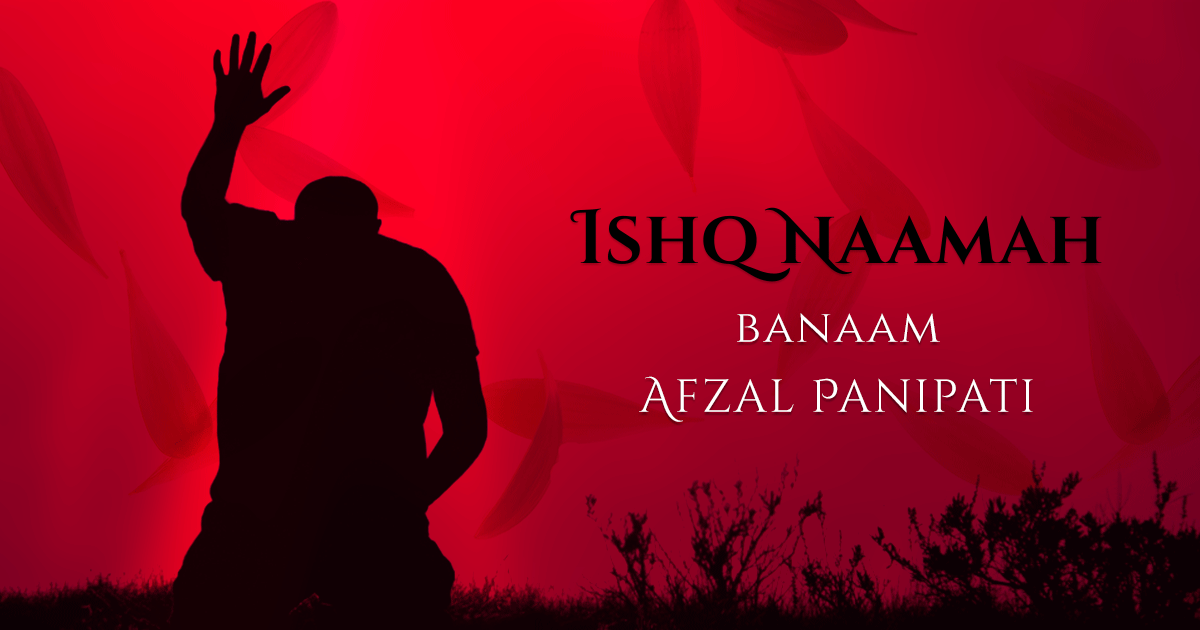 When Love Got a Human Incarnation: The possible-impossible story of Afzal Panipati

When love got a human incarnation, the incarnation became Afzal Panipati–both literally and metaphorically. The word ‘afzal’ suggests excellence and the lover-poet Afzal exceeded excellence in the way he loved, languished, and found his ultimate resolution.

The lover-poet Afzal has at least three names to be known by—Mohammad Afzal, Afzal Jhanjhanavi, and Afzal Panipati. He has three other distinctions as well: he was the first one to live and love like no other, the first one in north India to write the longest poem in Urdu called Bikat Kahani, and the first one to achieve poetic excellence by refining and defining a language as the language of literary expression.

Afzal was a teacher–a traditional mudarris in beard–who taught the young ones the prescribed lessons of life and faith like many others of his time. He also led a life of austerity as others did but unlike all of them he had extraordinary skills as a poet and prose writer. What made Afzal a legendary character, however, was his obsessive love for a young Hindu girl that was simply incredible during the late sixteenth century when he lived. With each passing day, he grew wilder in love than before. Knowing not what to do and where to go, he abandoned his home, forsook the life of piety and wandered all around in a state of frenzy.

To save the girl from embarrassment, her relatives decided to send her to Mathura where she could live without worry. This decision came like a severe blow to Afzal. A true lover that he was, he tried and found out where she was being taken to. Unable to restrain himself, he followed her without fearing, or caring for the world. One day, a wandering Afzal happened to spot her walking around in Mathura. He could not control himself; in exasperation he approached her and appealed to her sense of mercy. The girl could not care less; she admonished him: “Aren’t you ashamed of doing what you do; and that too with a white beard on your face?” This was enough to devastate him beyond description. 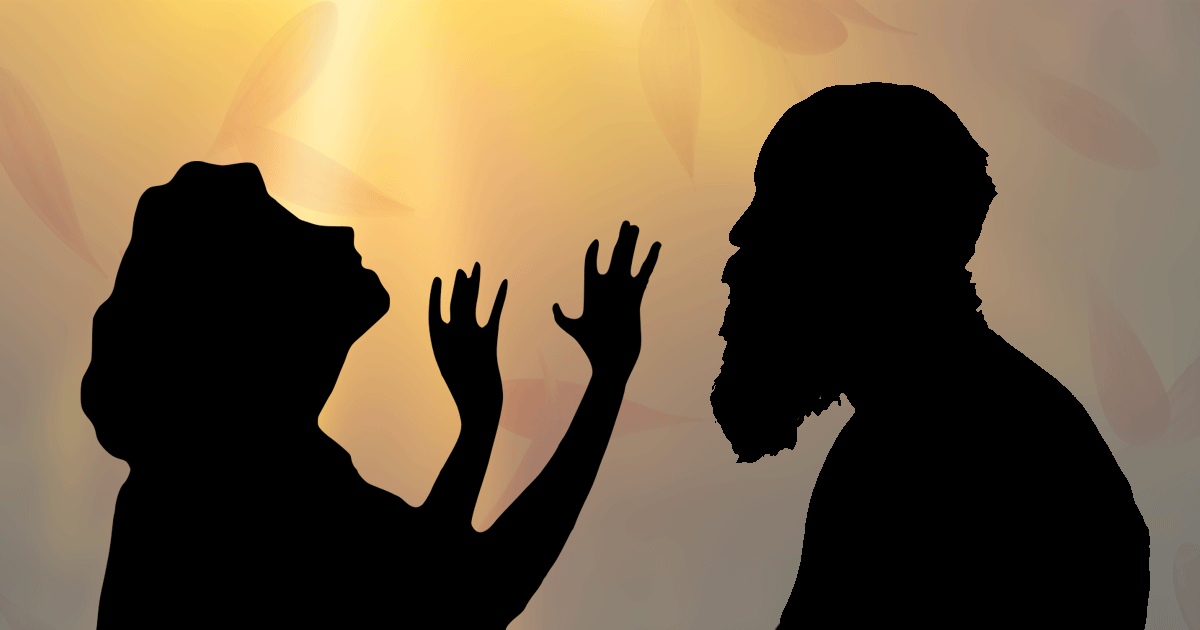 This rejection gave a major turn to Afzal’s life. Bent upon winning her hand, he chose to shave his beard, wear a Brahmin’s cross-thread, and name himself Gopal. He then went to a temple priest and begged to be accepted as his co-priest. Afzal, in his new incarnation as Gopal, felt obliged when he was accepted as one. He gave himself to learning the Hindu way of life and faith with great diligence. This was his way of showing devotion to the priest who helped him acquire Brahminic knowledge but more importantly of making himself suitable for one he could never forget. As he enjoyed respect for what he professed and practised, he came to take the place of the priest after he passed away.

The temple where Afzal became the head priest had a unique custom regarding the visits of women. They were allowed in the temple precincts only once in a year which was quite an occasion for them. As his luck would have it, Afazl chanced to spot his “old flame” in the crowd. And as custom would have it, she bowed to touch the priest’s feet when she came close to him. He stopped her and held her hand in his own, looked into her eyes intently and asked, “Don’t you recognise me?” she turned pink and purple in her face. That was the moment of moments; she gave her hands into his hand–willingly, gracefully, proudly.

Afzal’s love served as the text for his poetry. He celebrated love with all its pangs and pleasures both in his Urdu and Persian poetry. His Bikat Kahani is a classic example of this. It is written in the tradition of Barah Maasah, a kind of poetry that projects all the twelve months of the year in various manifestations unlike the poems of Ritu Varnana which focus on only four months. Although Barah Maasahs are available in Persian, Punjabi, Haryanavi, Braj, and Avadhi, Afzal’s poem stands alone as the first major Urdu poem of its kind. 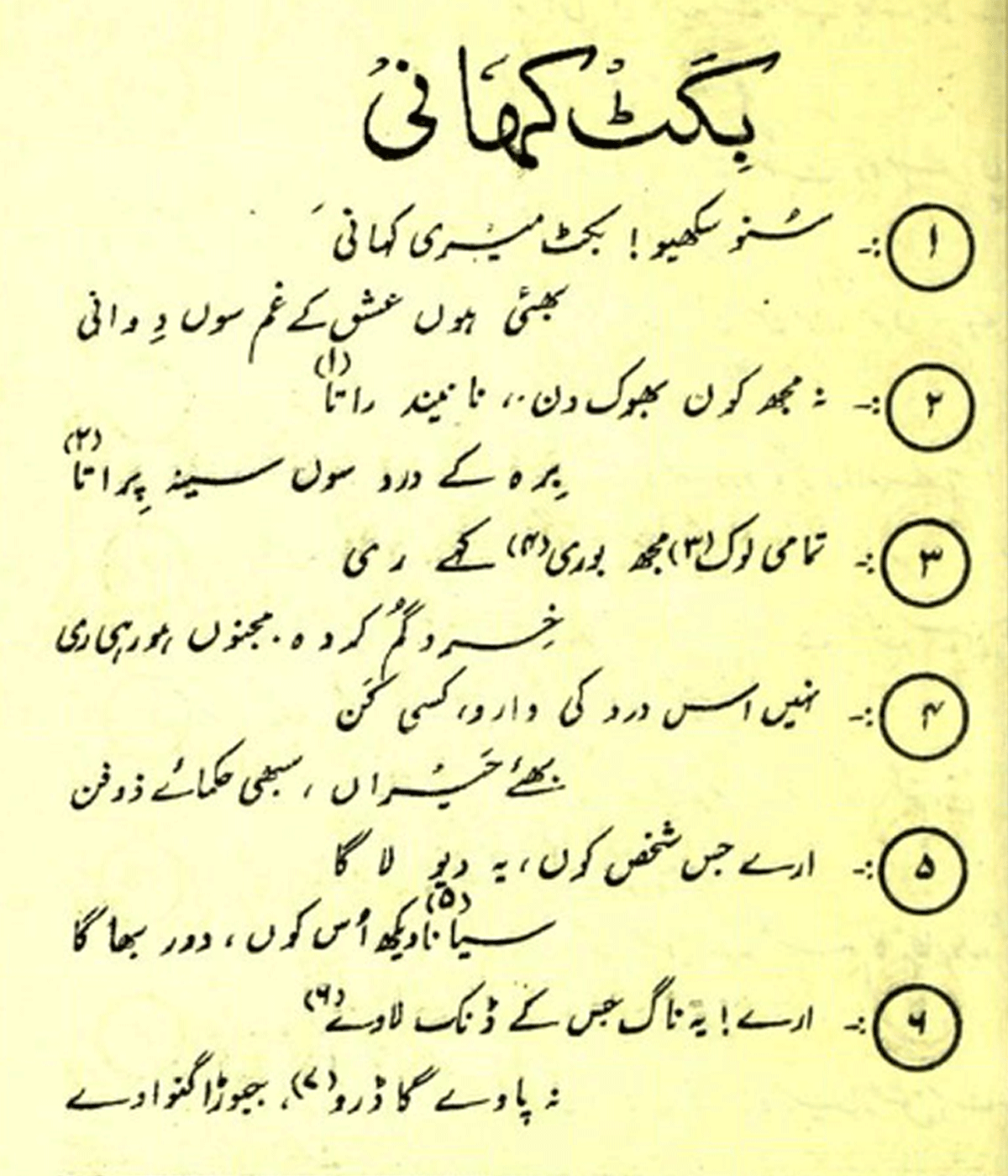 Afzal’s Bikat Kahani, which literally means a “perilous tale”, tells the story of separation from a beloved’s perspective. It is a personal narrative of her passionate love, persistent longing, unfortunate separation, and craving for union with the lover. The long-drawn narrative of the beloved’s pain and pining is spread over all the twelve months and it is narrated through the twelve sections of the poem. The beloved narrates her suffering through different seasons and suffers differently in each one of them. The time passes too slowly in separation while the bright stars, the wandering clouds, and the showers from the sky add to her suffering. The earth too spreads out its splendours in Holi and Diwali but there is nothing in the beloved’s store except for her suffering which ends only in the twelfth month when the lover returns and the two get entwined. Metaphorically, Afzal’s Bikat Kahani is his own tale of pain and pining. He makes the beloved narrate her misery to her dear mates:

Listen to my tale of woe, my dear mates
I’ve gone wild; too aggrieved without abates
I’m not hungry in day; can’t sleep all night
Parting’s pain has turned my breast to a blight
Is this love, or curse, or what, I don’t know
Its fire has burnt all the world in a blow
It’s too tough, too hard a tale to tell, though
Listen to this wild woman’s tale of woe.

This long tale of pain and pining is spread over three hundred twenty five couplets. It is a valuable example of a long poem representing various conditions of love written with remarkable artistic control. Bikat Kahani is indeed a classic of Urdu poetry that immortalises Afzal both as a poet and a lover. It leaves us wondering till this day if such man, who died in 1625, ever existed in flesh and blood. We wonder if one could live with such honesty and write so passionately. We wonder if he could ever imagine that he would survive as an icon of sorts. But he did. Truly, when love got a human incarnation, the incarnation became Afzal Panipati–both literally and metaphorically. The word “afzal” suggests excellence and the lover-poet Afzal exceeded excellence in the way he loved, languished, and found his ultimate resolution.