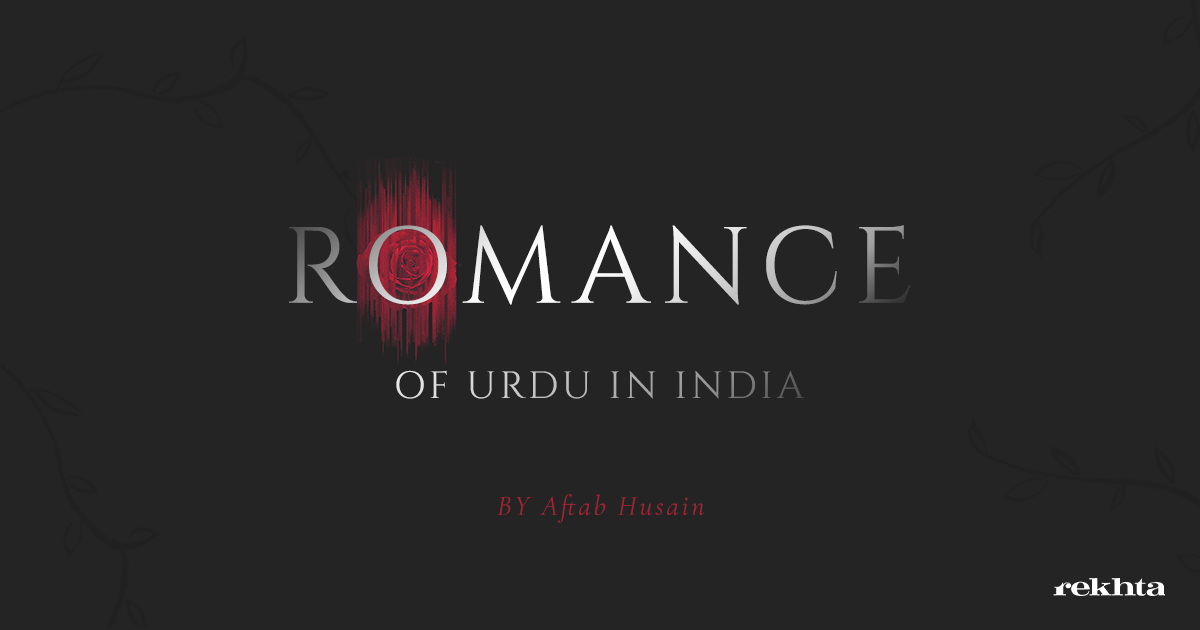 Romance of Urdu in India

Speaking about literature in terms of a Hindu-Muslim divide might seem politically incorrect but, at times, it is necessary to have a ‘communal’ perspective only to get a secular picture of the phenomenon

Does this perception indicate that communal demarcation is far deeper than the apparently known differentiation of the Urdu-Hindi script or the overall language controversy? Well, the contribution of Muslim writers in Hindi is not new, but in the past the affiliation of Muslims to Hindi literature was not so well-established: Kabir, Jayasi and even Insha Allah Khan, especially Rani Ketki Ki Kahani. But, post-partition Muslim fiction writers producing in Hindi like Ibrahim Shareef, Badi’-uz-Zaman, Gulsher Khan ‘Shani’, Mehrunnisa Parvez, Manzoor Ehtesham, Nasira Sharma, and Rahi Masoom Raza, to name only a few, are clear-cut Hindi writers.

At the turn of the century, however, we are witnessing the coming up of a crop of young Hindu poets who seem to have the glorious tradition of Urdu poetry before them and appear to add something substantial to the genre.

Major fiction writers from the Hindu culture are, on the other hand, difficult to find in post-partition Urdu literature. Balraj Manra, Surendra Prakash, Devender, Issar, Joginder Paul and Nand Kishore Vikram were all born before partition and most had migrated from areas belonging to present-day Pakistan. After the passing of this generation, there will hardly be a major name from a Hindu or Sikh background to be found in contemporary Urdu fiction writing.

The entry of Muslims in post-partition Hindi poetry is, however, a rare phenomenon — with the sole exception of Asad Zaidi, a powerful voice in modern Hindi poetry. No major poet from a Hindu background emerged in Urdu poetry in present-day India; Rajinder Manchanda Bani (d. 1981), a Multan-born migrant from the Pakistani side, was the last prominent name on the Indian soil.

On the face of it, speaking about literature in terms of a Hindu-Muslim divide might seem not only politically incorrect but even in bad taste. Paradoxically enough, at times it is necessary to have a ‘communal’ perspective only to get a secular picture of the phenomenon. In the early years of the 20th century, Urdu critic Niaz Fatehpuri had written an introductory article; UP Ka Ek Naujawan Hindu Shaer [A Young Hindu Poet from UP]. There was no communal streak in his writing and by indicating the religious background of the poet the senior critic only aimed to highlight the secular character of Urdu language. That young poet was Firaq Gorakhpuri — a major voice in the post-Iqbal Urdu ghazal who gave, after Mir and Nazir, not only earthy aesthetics to Urdu poetry but was also able to cast his shadows on the new Urdu ghazal in Pakistan. Thus, a distribution of writers according to their religious background can offer a periscope to look into the socio-political fabric of Indian literary culture.

Despite the fact that Hindi has already pushed Urdu to the corner in the political and official front, the latter did not lose its intrinsic appeal as the language of poetry. Providing a rationale of selecting English for his writing, Raja Rao, one of the founding fathers of the Indian novel, formulated in the preface of his novel Kanthapura that if mother tongues of the Indians were languages of their emotional make-up, English was the language of their intellectual make-up.

By analogy, one can say that Urdu, despite all oddities, has been and still today is the language of romantic make-up in India. Still today, Urdu in India has widespread attraction and aura, especially for its poetry in the form of ghazal. You find a sizable number of ghazal collections transcribed and made available for Hindiwallahs. Yet, most of such stuff comes from the kitsch. This influx naturally provided an incentive for a mushrooming growth of Hindu poets on the Urdu literary scene with poor, sentimental subjects and shabby language and with an eye clearly on the lukewarm business of mushairas — the public poetry gatherings both in India and abroad.

At the turn of the century, however, we are witnessing the coming up of a crop of young Hindu poets who seem to have the glorious tradition of Urdu poetry before them and appear to add something substantial to the genre. There are about a dozen young poets taking ghazal writing seriously. Abhishek Shukla, Mahendra Kumar Sani, Vipul Kumar, Parag Agrawal, Rahul Jha, Tarkash Pradeep, Vikas Sharma and Swapnil Tiwari are noteworthy among them.

Saying that, Bani onwards, there emerged no poet from a Hindu cultural background does not mean that Hindus and Sikhs altogether stopped composing poetry in Urdu. No. There were a lot of them, especially in the mushaira industry and Bollywood business. But, none of them, to be sure, can be counted among important, major Urdu poets. The above-mentioned lot, however, aspires to enter the mainstream. Abhishek Shukla and Mahendra Kumar Sani, particularly, are those among this coterie who are endowed with terrific promise and equipped with necessary preparation.

These poets come from different regions; UP, Punjab, Rajasthan, Maharashtra, Haryana and Bihar etc. In other words, Urdu is not necessarily the mother tongue for all of them. Only one or two have published their collections of poetry. Like their geographical origin, their talent or style of composing the ghazal is of varied nature and different levels. They have one thing in common: they do not appear to be dabblers. But, who among them sticks to his commitment and which one is allured by the temptations of name, fame and media hype, is yet to be seen.