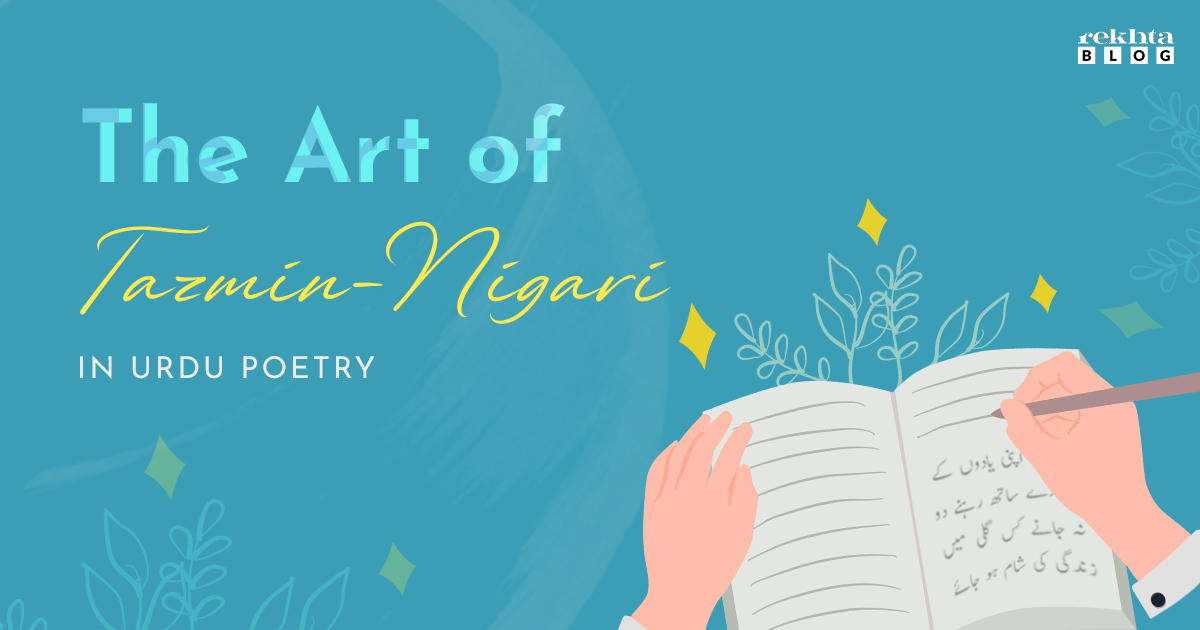 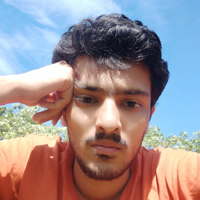 Urdu Ghazal is considered to be one of the most exquisite genres of poetry in World literature. The special thing about Ghazal is that everything it comprises of has become a sub-genre; themes, motifs, metaphors, conventions; everything. One of its unique constituents which has significantly perfected its form is Tazmin.

Derived from its Arabic root Zimn, Tazmin literally means to join or include one thing in another, but in poetics, it means inserting the verses of another in one’s own poem. It’s a genre of poetry in which a poet draws upon a line, or a couplet, belonging to some other poet and adds to it a line of his own.

The tradition of Tazmin is quite an old one, and owing to Persian poetry its presence is conspicuous in Urdu. Around the 18th century when Rekhta, modern-day Urdu, was the everyday language, poets like Mir, Sauda, and Dard laid the ground upon which this language could toddle, and later, traverse new destinations.

One might be tempted to ask -what does Tazmin has to do with Persian poetry? Well, the answer is simple. Most poets of that time predominantly examined the works of Persian poets, and thus, it’s natural to find an amalgam of the two languages in their poetry. It also announces an accomplishment of Urdu, for it readily blends with its patron languages!

For instance, consider the following couplet of Meer in which he has incorporated a line of Ismat Bukhari’s verse:

(A florist for life, still, which flower can I pick?
Don’t wander in this garden, like the vagrant wind!)

(You, who seek fidelity from the rose; are known to all
Don’t wander in this garden, like the vagrant wind!)

I sincerely hope my Persian translations are precise because it’s crucial in understanding how it differs from Meer’s Urdu couplet. The two lines are exactly the same but are entirely different in meaning. It can even be said that Meer has afforded Ismat’s verse a new lease of life, and he has done away with the ambiguity that clouded the Persian verse. Perhaps, one is compelled to say, ‘Tazmin, ho to aisi!’

Ghalib’s poetry clearly has had a great influence over poets that followed him, that’s why we see countless poets drawing on his verses. Some have even penned Nazms which revolve around the axis of his couplets. One such poet who greatly admired Ghalib’s genius, and who dovetailed not one but many of Ghalib’s lines into his couplets, was Saba Akbarabadi. Here is a Tazmin by Saba on a famous couplet of Ghalib:

To insert one of Ghalib’s lines into one’s own couplet is, indeed, quite a task. But Saba Akbarabadi has done well to give a new dimension to his couplet. It’s really refreshing to see a couplet you’ve read over and over again be used in a new way.

Besides Ghazals, Nazms too, have markedly seen the craft of Tazmin etched in them. One of the finest exponents of Tazmin, in Nazms, is one of Urdu’s greatest poets, Allama Iqbal.

Time and again, Iqbal has quoted, inserted or appended couplets of other poets in his Nazms. Most of these couplets belong to Persian poets, but what one can learn from these Tazmins is that it shows Iqbal’s claimed tastes and preferences. His celebrated Nazm, ‘Taswir-e-Dard’, appends on a Persian couplet; ‘Naala-e-Firaq’, written in the memory of Prof. Arnold, includes a verse from Aneesi Shamaloo; in ‘Gul-e-Pazhmurda’, he inserts a slightly altered version of Maulana Rumi’s couplet, and in ‘Jawab-e-Shikwa’ quotes a slightly changed couplet of Mirza Bedil. But the crowning jewel of his Tazmin-Nigari is found in his Nazm ‘Nasihat’, from ‘Bang-e-Dara’, which culminates on a couplet of Hafiz. A few excerpts from it:

(I said to Iqbal, by way of advice
Neither do you fast nor pray
In the mosque, too, you are found; if it’s Eid
Your heart, too, melts, heeding the preacher’s speech
Fearless of the hunter, possessing the wing of flight
Then why is it that you aren’t tempted to fly?
Our eventual destination is the valley of the dead
Till then, raise uproar, in the sky’s vault!)

Outwardly it seems like the poet is mocking his own bigotry, but upon mature reflection, it turns out to be a satirical take on the hypocrisy of political leaders who play with the religious sentiments of common people. Hafiz’s couplet helps accentuate Iqbal’s viewpoint, sarcastically. Iqbal’s subtle craftsmanship is that he has now afforded an entirely new meaning to Hafiz’s verse.

Besides, it is also a great way to pay one’s tributes to the masters of this art. Just like in the following verse:

These couplets also define the level of skill that is required to compose such poems; a poet has to do justice not only to his own thought, but also to the thought of the poet whose line, or couplet, he is soliciting.

The tradition of Tazmin also corroborates the fact that good poetry never dies; a couplet composed ages ago can inspire a modern-day poet to write something new with an entirely new perspective, eventually giving way to new meanings, expressions, and thoughts.

Hope the blog turned out to be as insightful as it intended to be. And if you, too, happen to know more such couplets, just take to the comment box, and start scribing!