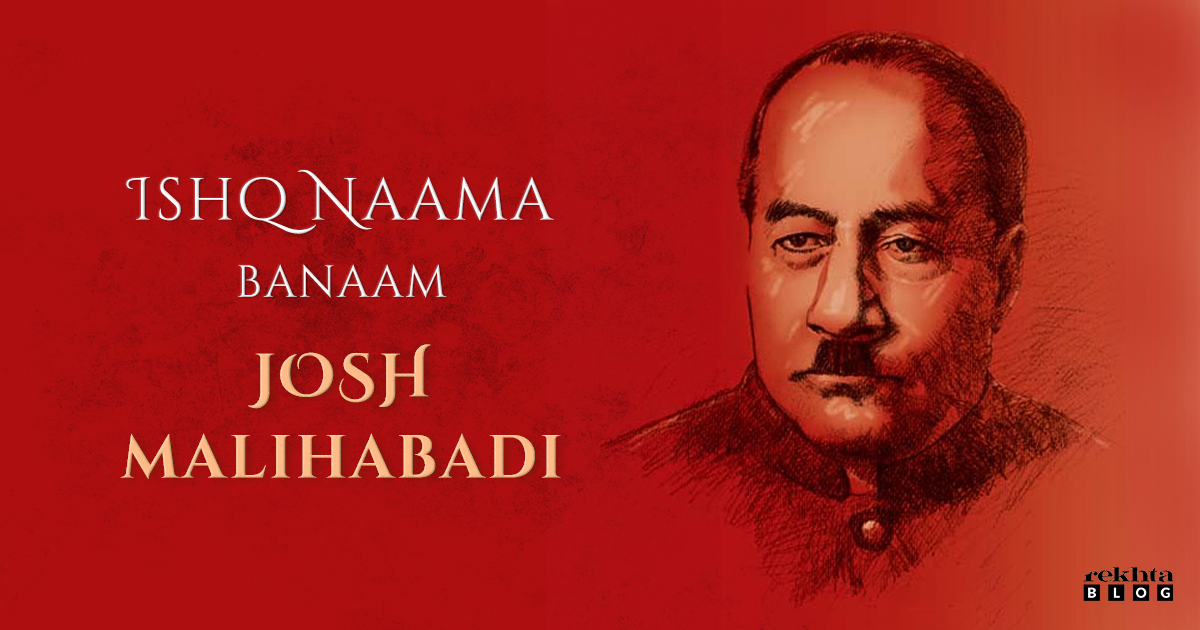 Josh Malihabadi’s autobiography Yaadon ki Baraat is a book of wonders. It is a fabulous memoir of a life lived in a series of adventures. In this extraordinary narrative spread over 729 pages, he has narrated his love-life in 57 pages and unabashedly claimed that he loved “not once but eighteen times”. Apparently, it sounds impossible and leaves one wondering: was he so virile that he could sustain as many as eighteen loves one after another or was he so incapable that he had to make stories to cover his weakness. One might defer providing a certain answer on the excuse that Josh was indeed a poet and a person of extraordinary strength and took amazing pride in his matchless physical and creative prowess.

Except for a few, Josh does not name all his beloveds by name but by alphabets. Was this an act of subterfuge, or a matter of social constraints that kept him from revealing identities? Again, we don’t have an answer because he alone knew why he did what he did. He only said that he clearly distinguished between love and lust and rushed to admit further that he surely fell prey to lust at times but got rid of it the very next moment. Of course, he did not want it to prevail over love.

Some of his stormy affairs that he chooses to mention by name are those with Miss Mary Ronald, Miss Glenzy, M. Begum, and R. Kumari. In the case of the last two, he does not spell out the M and the R and prefers to keep them under the veil. All the accounts of his love, irrespective of names, read like enticing literary narratives built carefully to engage the attention of his readers. He presents them with graphic details and takes the readers along with the sequence of events as they unfold with time.

When Josh tells the story of Mary, he presents her as one who was dying to entice him. He says that she called him to his quarters and created a condition where a physical relationship could grow and reach a stage of sexual encounter. He also does not shy away from saying that his father got furious on knowing about this and said he would allow him to marry her only if she embraced his faith. As it happens in romantic stories, Mary refused to do so. In a fit of desperation and anger, Josh revolted against her. He walked out of her house never to go back. In such a state, he even left Lucknow and shifted to Agra. As love stories do not end so abruptly, this too found a new turn. His luck brought him to see her after a year but this time he was meeting a totally dishevelled Mary. Unable to check himself, he embraced her passionately but she tried to disengage from him saying that in separation from him, she had become a victim of tuberculosis. She also added that after he left her, she gave birth to a baby girl who was exactly his image but the baby could not survive. A desperate and remorseful Josh arranged for her treatment but it did not help much. She was destined to meet her end soon, and she did.

Another episode in his love-life relates with Miss Glenzy. She was a medical doctor and was sent by his father to examine a girl and ascertain her puberty so that she could be married to Josh. Instead of taking leave after doing her job, Dr. Glenzy stayed back and met Josh. Josh tells us, as he told us in the case of Mary, that she too was enamoured by him. Unable to control her intense liking, she called him to her room and made obvious gestures that naturally pulled Josh towards her. As expected, this ended in sexual encounter. With this, the plot grew thicker. This time again, when his father came to know of yet another affair of the same nature, he grew angrier than before and gave him a tight slap. Although he warned Josh sternly against any further move towards her but that was too tough an admonishment for Josh to take.

So, when the possibility of their getting into wedlock was contemplated finally, he posed the same condition that she should first embrace his faith. Glenzy was totally broke with such a condition coming her way. She met Josh’s mother, touched her feet and begged that she may be allowed to marry Josh. When his father appeared, she bowed down before him too and cuddled his feet. She implored as pathetically as she kept asking for Josh’s hand. Being a sympathetic man, he was moved by her passionate beseeching and agreed for her nikah with Josh. Unfortunately for both of Josh and Glenzy, the appointed day and time remained only an illusion. She suddenly collapsed and before she could be retrieved, she succumbed to death. This broke Josh once again but not for good.

There are many more stories that preceded and followed Josh’s affair with Mary and Glenzy. In all of these, he presents himself as the one sought after rather than the seeking one. In spite of this, Josh also emerges as one who remained sincere with each of his beloveds and gave himself completely to them without any consideration of the mundane kind. In spite of all the hurdles that Josh faced, he remained a sincere lover and a sympathetic human being. An emotionally honest Josh has remained an icon of love with a difference.