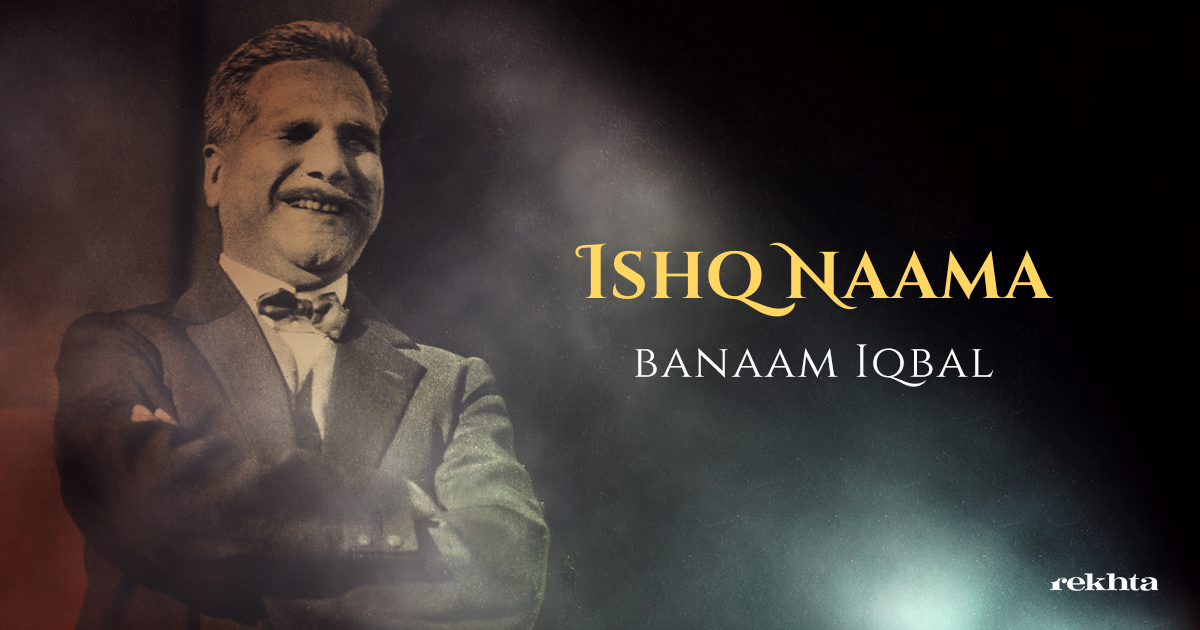 Ishqnaama: The love-life of Mohammad Iqbal

Thinking of Mohammad Iqbal is thinking of one with many distinctions to his credit. Being a poet, philosopher, barrister, academic, and political thinker with a knighthood to his credit made him special in many ways. All these distinguished identities qualified him to be widely celebrated as the “Poet of the East”, “Hakim-ul-Ummat”, and “National Poet of Pakistan”.

Thinking of Mohammad Iqbal is also thinking of an individual who lived an uneasy life. He could be anyone’s envy for his qualities but fate did not choose him kindly for his love-life. Many who wrote on his life have invariably written about his relationship with a lady called Atia Fiazi. The accounts vary as some are too romanticised and others merely speculative.

Getting to know of her intellectual worth, Iqbal went to meet Atia in Cambridge. He was naturally drawn towards this graceful and intelligent lady. They discussed issues and grew intimate over a period of time. This led Iqbal’s biographers to draw their own conclusion about their relationship. One cannot, however, say for sure if Iqbal was only infatuated by her, or he was really in love with her. One may better suggest that the beauty of their bonding lay in its mystery, or its indefinability to be precise.

A page from her diary may be an indicator of the nature of their relationship. She wrote that one day she called on him with friends and teachers to take him along for a picnic. Reaching there, she found Iqbal in a state of deep meditation. It seemed as if he had been in this state for a long time. They tried to shake him up but without success. Finding no other way, Atia decided to send them all out of the room and make her own effort and bring him back to a normal state. She went physically close to him and shook him so vigorously that he came back to his senses. One may leave it at speculation if this was their bosom friendship, or romantic intimacy with each other that made it happen.

Iqbal and Atia remained friends for long. When Iqbal returned to India after completing his education in Europe, he remained unhappy and passed through a phase of emotional crisis because of domestic issues and traditional environment around. He kept thinking of her and continued writing intimate letters. In one of his letters, he spoke uninhibitedly against his frustration with life. He mentioned that his father had put him in a marital bond at an early age which brought him much distress as he could not relate with his wife in any possible way.

Atia sent a sympathetic response to Iqbal and advised him to seek counselling from his close friends and get their help. Instead of doing this, he kept on sharing his miseries with her but without ever finding a solution. In sharing these sentiments with Atia, he was indeed showing his deep fascination for her who could no longer keep company except writing to him in sympathy. In 1911, he wrote to Atia that some of his poems during the past five years were mostly of autobiographical nature.

Finding himself helpless and unable to retain his relationship with his wife, Iqbal decided to marry a lady called Sardari Begum. Soon after their wedding, Iqbal started receiving anonymous letters about this lady which painted her in bad light. Without caring to consider these letters calmly, he impulsively chose to divorce her and continue with his suffering.

A little later, Iqbal received a proposal regarding his marriage with Mukhtar Begum of Ludhiana. Since his sister had praised her no end, Iqbal agreed to marry her even without meeting her. When the bride came to Lahore and Iqbal saw her, he was utterly flabbergasted. This lady was not as beautiful as she was descrobed to be by his sister. Iqbal was much too disappointed but he could not do anything except suffering the onslaughts of his fate.

Iqbal was yet to recover from this shock when he received a letter from his second wife, Sardari Begum. She had written that she was still hoping that he would someday take him again as his wife. She also wrote that if he did not do so, she would remain unmarried all her life. She had wondered how could he take rumours about her so as truth and take an impulsive decision even while being such a remarkable poet and intellectual.

Going through her letter, Iqbal felt guilty and ashamed of himself. He felt all the more remorseful when he came to know that those libellous letters were written by a local lawyer who wanted his son to be married to Sardari Begum. Iqbal spoke with his well-wishers who said that they knew Sardari Begum’s family quite well and that she was a sensible lady of sound character. Iqbal realised that he had been too much in a hurry, too sentimental, and too unreasonable to have divorced her and married thrice without due consideration.

Realising that he was utterly wrong and disrespectful to Sardari begum, he wanted to get her back in his life but did not know how to do that as he had already divorced her. He sought advice from those with knowledge of sharia laws. He was told that as per the provisions of halala, if a man divorces his wife and wants to re-marry the same lady at a later date, he cannot do so unless the divorced wife enters into a marital and physical relationship with another man and then gets a divorce from him. This perturbed Iqbal.

He then approached another religious scholar who advised that the condition of halala was not applicable to his case as he had not spent a night of union with Sardari Bagum. Being totally shaken, Iqbal thought to recompense for his doing and chose to enter into yet another nikah with her. This was Sardari Begum’s second and Iqbal fourth nikah.

Interestingly enough, it was at this point that his first wife Kariman Bibi came to Lahore with her two sons to live with him which caused him further distress. This was a very traumatic phase in Iqbal’s life. It so happened one day that Kariman Bibi’s mother dropped in and blamed Iqbal for his misdemeanour. In anger, she took her daughter and her children back with her.

It appears that Iqbal chose to strike peace at last. He remained satisfied in his relationship with Sardari Begum. On the other hand, Sardari Begum being a level-headed lady could sense well that Iqbal was a very successful philosopher and poet but he was not such a responsible husband. This was rather dismaying for her.

Iqbal lived a successful life as a philosopher and poet but not so much as a family man. Indeed, poets and intellectuals live and die differently. Iqbal was one of them.